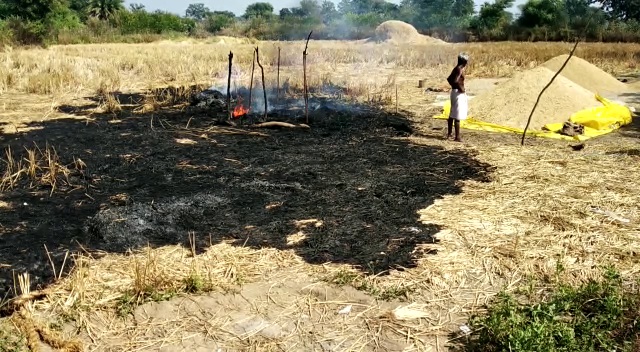 Kalahandi: In a tragic incident, three minor girls including twin sisters, who sustained critical burn injuries after a massive fire broke out at a threshing yard in Dharmagarh area of Kalahandi district, died today while undergoing treatment.

According to reports, the major fire erupted at a threshing yard in Bijamara village while the three minor girls aged between 3-4 years were playing in the afternoon.

The villagers rescued the trio from fire and rushed them immediately to the Community Health Centre (CHC) in Koksara for treatment.

“The victims were admitted to the hospital with 100 percent burn injuries. We have referred them to Bhawanipatna DHH for treatment,” said a doctor attending to the trio.

Later the three girls succumbed to their injuries at the Bhawanipatna district headquarters hospital.

The deceased were identified as Roji Dishari, Deji Dishari and Rachana Rout.

Students to be barred to sit in exam failing minimum attendance

140 held for drunken driving in 24 hours in Odisha