Once in an orphanage in Odisha, now Tiger Shroff’s gymnastic trainer 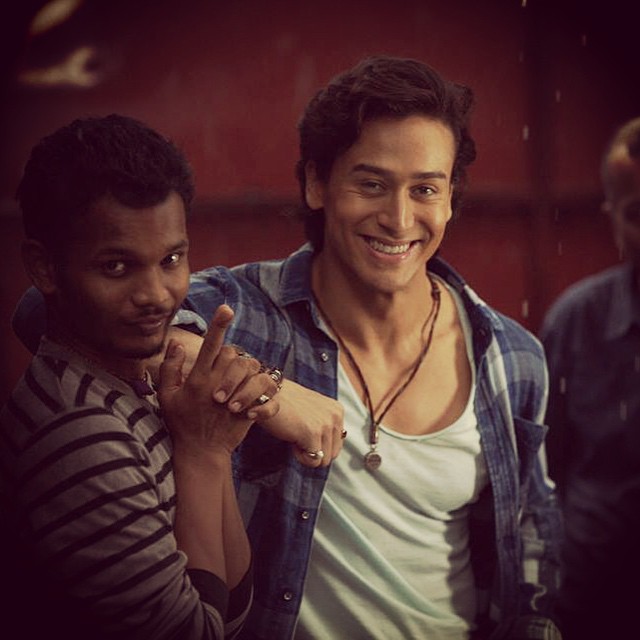 In a classic rags-to-riches story, Vikram Swain from Antarigam in Ganjam district of Odisha has come a long way (literally and metaphorically!) from being an in an orphanage working in a park and earning Rs.400 at the age of nine to being the dance and gymnastic trainer for the new generation of Bollywood actors such as Tiger Shroff, Sooraj Pancholi and Athiya Shetty.

Vikram went to Mumbai at a very young age and began doing odd jobs to support his younger brother back home in Odisha. The turning point in his life came in 2009 when he was on the Juhu beach and saw a few kids doing gymnastics. He began mimicking them and got hooked. Sundays and other holidays were spent on the Juhu beach, practising and perfecting moves. And during one such practice session, he caught the eye of the then newsomer in Bollywood, Tiger Shroff, who was in preparation of his debut film, Heropanti.

Vikram, then  forayed into dancing because of the body flexibility that he owed to his gymnastic days and emerged as a holistic trainer who combined dance and gymnastics. He was introduced to Sooraj Pancholi by Tiger and Sooraj instantly hired Vikram as his dance trainer.

Vikram feels grateful for all the support that he has received from Tiger Shroff and Sooraj Pancholi who have helped him carve a niche for himself in a cut-throat competitive world of Bollywood: from teaching Vikram how to view videos on YouTube for practice sessions to helping him financially. Vikram is now an official member in Team Tiger and accompanies him to his movie sets and fun getaways. He is also an assistant choreographer to one of Bollywood’s leading choreographer, Ahmed Khan and has worked with him for films like Kick, Phantom, Hero, All is Well, etc.

Vikram in an interview to a leading web portal on Bollywood, reportedly said, “Now when I travel the world, my friends from the village, send messages to me via social media and say, “Sahi hai yaar… tu toh bada aadmi ban gaya”. I am the first boy from my village to travel abroad. My family is proud of me. I have purchased some land also in my village. My brother, who is currently pursuing an MBA degree, is helping the village in its development. My village is affected by Naxalites and it is-under developed. In fact, Antrigam got electricity few years ago only.”

With sheer hard work and the determination to make it to the top, Vikram sure proves the words of Abraham Lincoln (In the end it’s not where you’re from, it’s where you’re going; it’s not who you were, it’s who you become) true.

Interesting read: 7 wedding planners in Odisha to watch out for

Must read: 6 Things that Every Odia wants ‘Tike Extra’