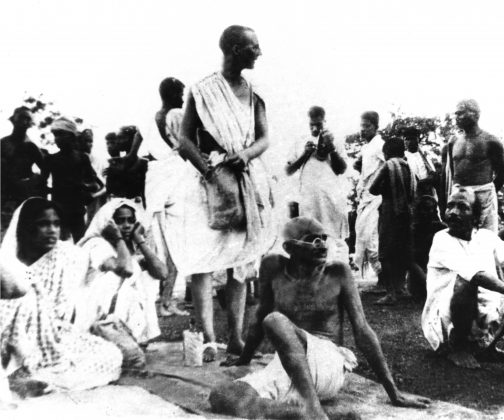 The Odisha government is planning to develop Gandhi Circuits by incorporating all the places visited by Mahatma Gandhi during the freedom struggle, Tourism and Culture Minister Ashok Chandra Panda said on Wednesday.

The minister was speaking on the occasion of the signing of a Memorandum of Understanding (MoU) between Odisha Tourism and the Aditya Birla Group for operation and management of an interpretation centre in the Khandagiri-Udayagiri hills in Bhubaneswar.

The Khandagiri-Udayagiri twin hills are a rich repository of Jain art and architecture with more than 40 beautiful caves.

The interpretation centre would be called ‘Eternal Gandhi Peace Centre’.

The centre, which was built on five acres of land in 2013, will impart knowledge about the cardinal principles of truth and non-violence of Mahatma Gandhi and Jainism.

The project involves the installation of a life size statue of Mahatma Gandhi with an interactive multimedia show relating to the teachings of the Father of the Nation and depiction of the tenets of Jainism, said Panda.

“The centre will attract a huge number of domestic and international visitors to this historic site of Khandagiri-Udayagiri and can witness the gospel of truth and non-violence. It will extensively propagate Gandhian principles and Jain ideology,” said Panda. (IANS)

Beware!  Drunken driving may put you behind bars in Odisha…