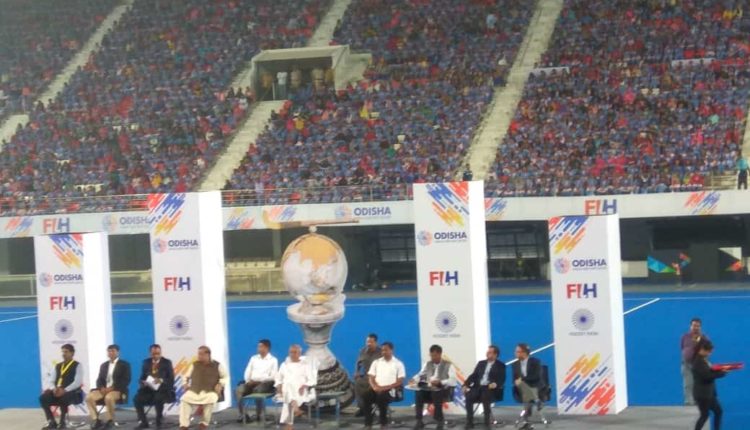 Bhubaneswar: Good news for hockey lovers in Odisha as the 2023 Men’s FIH hockey World Cup will be held in Bhubaneswar and Rourkela.

During an event at Kalinga Stadium in Bhubaneswar today Odisha Chief Minister Naveen Patnaik announced that Bhubaneswar and Rourkela will be hosting the tournament.

“Odisha has always been the cradle of hockey, and with the successful organising of the Odisha Hockey Men’s World Cup Bhubaneswar 2018, we showcased a very different side of our state,” Patnaik said.

“We have always had a very passionate crowd which supports the sport of hockey, and with the presence of world-class, top-of-the-line facilities I would like to announce that the 2023 Hockey World Cup will again be held in Bhubaneswar and Rourkela. Are you happy. I am happy,” he said, while addressing the crowd at the Kalinga Stadium in a brief ceremony.

Batra extended his gratitude to the Chief Minister and the hockey loving fans of the state.

“On behalf of FIH, I would like to extend our sincerest thanks to the Government of Odisha and Hon’ble Chief Minister of Odisha Shri Naveen Patnaik in particular for their great and permanent support to hockey over the years,” he said.

“This really is remarkable and contributes to grow our sport not only in India but in the world also.”

This will be the second consecutive time that India will be hosting the tournament and the fourth time overall. India had hosted the World Cup in 1982 and 2010 before 2018.

The FIH release also stated that the 2022 women’s hockey World Cup will be hosted jointly by Spain and the Netherlands.