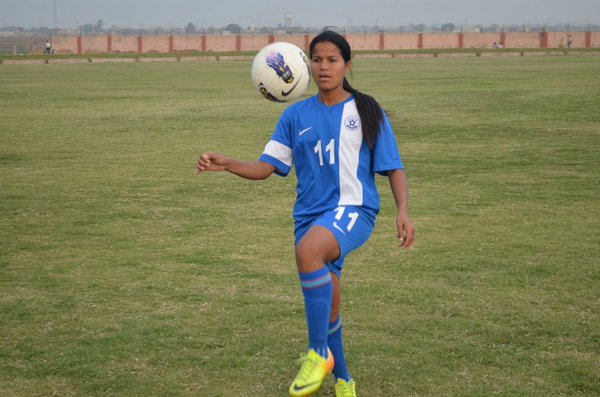 Bhubaneswar: Odisha will host the ensuing Hero Indian Women’s League 2020-21 edition, confirmed the All India Football Federation (AIFF) today. The dates for the tournament will be announced soon, the governing body of football in the country added.

Praful Patel, President of AIFF said, “The Government of Odisha has been a great supporter of Indian Football. We are very thankful to Naveen Patnaik, Vishal Kumar Dev, Vineel Krishna and the Sports Department of Odisha for extending all the support and help organise the Hero Indian Women’s League. Over the years, the tournament has provided the platform for a lot of budding women footballers to showcase their talent and provide them the option of taking up football as a career.”

India are scheduled to host the AFC Women’s Asian Cup in 2022 which will be followed by the FIFA U-17 Women’s World Cup 2022. The 2020-21 Hero Indian Women’s League, will provide an opportunity to unearth new talent for the Women’s National Team.

Tushar Kanti Behera, Minister of State, Sports & Youth Services, Odisha, said: “Odisha has been synonymous with women’s football in India for long. I am an ardent supporter of women empowerment, and the hosting of the Indian Women’s League in Odisha allows us the opportunity to contribute to the development of women’s football in the country along with the All India Football Federation. Women sportspersons in India have been bringing huge laurels for the country and I am confident our women footballers will garner more glory in the near future.”

The Indian women’s football has had its fair exposure at the international stage in recent times with the Senior Women’s team assembling for a two-month training camp on December 1, 2020, in Goa which was followed by three matches in Turkey, against Serbia, Russia, and Ukraine.