Odisha to implement rule to deal with solid waste 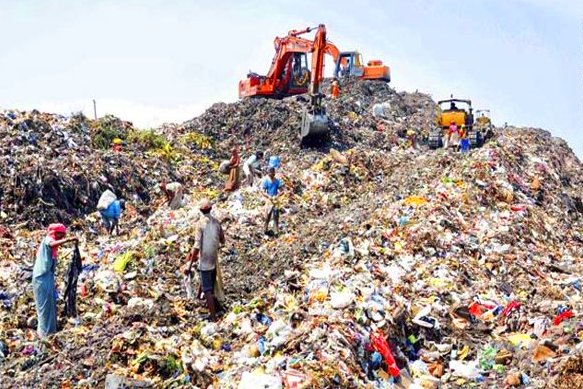 As part of the pilot project, as many as 90 gram panchayats (GPs) have been identified across the state where solid waste management will be done. Subsequently, the model will be replicated in each GP. The government has set a tentative deadline of one year to achieve the objectives, a state government official said here today.

“Solid Waste Management Rules-2016 will be implemented in Odisha in a phased manner. The National Green Tribunal (NGT), in a recent order, had directed all the states to implement this,” said Subash Chandra Das, Joint Secretary, Department of Panchayati Raj & Drinking Water, on the sidelines of a programme organized by UNICEF.

The perils of solid waste are not limited to urban areas. The scene is grim in rural areas too, experts opined.

“Burning solid waste does not solve any purpose. It rather heightens the health risks manifold. We see farmers burning crop residue which gobbles up huge amount of oxygen thus posing shortage of oxygen for living beings. The poor quality of air in national capital is largely due to this in Punjab and Haryana. We should take lessons from it and refrain from doing this,” said Abhay Biswal, Superintendent Engineer, RWSS, Circle Bhubaneswar.

The state government has made magic pit compulsory for new constructions in urban areas. A similar dumping system will be put in place in rural areas too. Rs 20 lakh will be given to panchayats having population above 500. Besides, MGNREGS and CSR funds will also be pumped in to execute the plan, he added.

Worth mentioning, around 17 per cent population in Odisha lives in urban areas and rest in rural. While travelling to rural pockets, I have noticed solid waste not being dumped properly. “Indiscriminate solid waste disposal is polluting air, water and soil. This has a significant impact on public health and the environment and is emerging as a huge problem which needs to be addressed on a priority,” expressed Dr Monika Nielsen, chief Odisha UNICEF.

“Not much importance has been given to solid waste disposal. Awareness campaigns should be launched for waste reduction and management leading to minimizing health and environmental impact. The solid wastes are the prime reason for increasing cases of cancer and infertility. People think burning solid waste will solve the issue but they are wrong. The fumes create dioxin which is a highly toxic component. It is carcinogenic and causes cancer. We should refrain from doing this,” said Pramod Dabrase, Mumbai-based solid waste management expert.

Almost 5000 tonnes of solid waste is generated in Odisha. Waste can generate revenue, if treated properly. So, reduce, reuse and recycle is the call of the day, highlighted Shipra Saxena, WASH specialist, UNICEF Odisha.

No change in power tariff in Odisha this year

Heat wave returns to haunt Odisha; no sign of monsoon yet