Odisha to set up 1,000 acres land bank for developing tourism 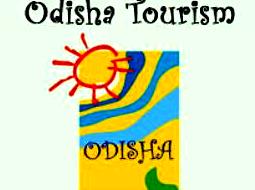 Bhubaneswar: The Odisha government will create a land bank of 1,000 acres for development of tourism sector in the state, an official said on Thursday.

“The state government is going to create a land bank of 1,000 acres for development of tourism sector along with several new hotel chains in the state. We have 1,000 acres of land but we will be doing field visits because suitable patches are important to establish new hotels,” said Tourism Secretary Mona Sharma.

The state has also decided to organise road shows in foreign countries showcasing its tourism potential.

The decision were taken at a meeting was held under chairmanship of Chief Secretary A.P. Padhi with representatives of hotels and restaurants association and tour operators on Thursday.

Padhi directed to identify sites in Bhubaneswar, Puri, Daringibadi, Koraput, Rayagada, and other tourist destinations for allotment to the hoteliers.

Meanwhile, Sharma said the process to speed up the work for construction of hotels at 10 places in Bhubaneswar has begun.

Informing that the government provides incentives under the tourism policy for investments, she said proactive steps are needed to be taken to get investments for establishing new hotels.

Hotel and Restaurant Association of Orissa President, Jitendra Mohanty, said there is a need to increase the number of hotels to accommodate the tourists.

The arrival of tourists in Odisha has reached an all-time high during 2017 with an inflow of around 141.11 lakh tourists marking a growth of around 9.23 per cent over last year.