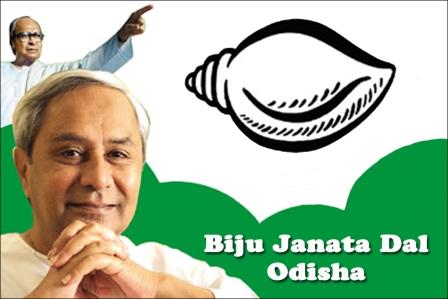 Bhubaneswar: With little more than a year left for the elections, Odisha’s ruling Biju Janata Dal (BJD) President and Chief Minister Naveen Patnaik today announced the slew of social security schemes for unorganised sector workers, which is believed to constitute about 1.5 crore voters.

Addressing the first annual convention of Biju Sramik Samukhya (BSS), labour front of the ruling party, Naveen said special social security measures will be launched to cover women workers in unorganized sectors and identity cards will be given to every worker in the State.

“Biju Janata Dal is always with labourers and will remain with them in future. BJD believes in actions over words and respects labourers,” Naveen said by adding labour power is the greatest wealth of the country.

Speaking on the occasion, Women and Child Development Minister Prafulla Samal, said: “Biju Sramik Samukhya was formed with an aim to make the life of workers engaged in the unorganised sector better by bringing them under various social welfare schemes of the State government.”

The BSS, sources said, is aiming to bring around 1.5 crore workers of unorganised sector under one umbrella in order to boost their social status and lifestyle.

Subash Singh, General Secretary of BSS and Chairperson of Odisha Building and Other Construction Workers Welfare Board (OBOCWWB), who was also present at the occasion, alleged the central trade unions failed to uplift the socio-economic status of unorganised workers.

“Workers in the unorganised sector will get accidental insurance, health insurance and life insurance of Rs 3 lakh and in case of disability, they will be provided with Rs 1.5 lakh assistance,” Singh informed by adding all these schemes will come up in two or three months.

Meanwhile, the Opposition parties – the Congress and BJP termed BJD’s move was aimed at to gain electoral benefits.

“After 17 years (in power) Naveen Babu is thinking about the welfare of unorganised workers but this scheme was already there which was launched by the Congress for the benefits of workers,” said senior Congress leader Niranjan Patnaik by adding the party (BJD) is coming up with new schemes as the election getting nearer.

BJP too criticized the ruling party by saying the government had been taking money from labourers for years but thought about their social welfare just now because the election is not far away.