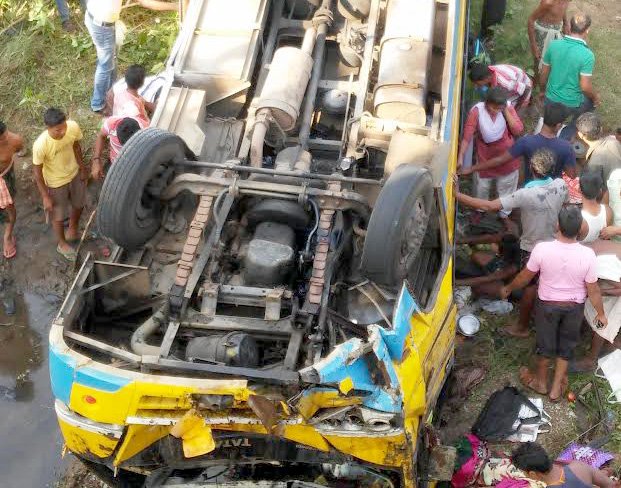 Odisha Transport Minister Ramesh Majhi has sought a report from the Regional Transport Officer (RTO) Angul on the bus mishap at Tukuda in Angul district in which three persons were killed and over 35 others injured in the afternoon today.

Majhi said action will be taken after the report is available.

“I have sought a report from the RTO Angul on the accident. Action will be taken after the report is made available,” informed Majhi to reporters.

No one has right to snatch tribals’ land: Modi

Min seeks report on mysterious killing of sheep in Odisha’s…