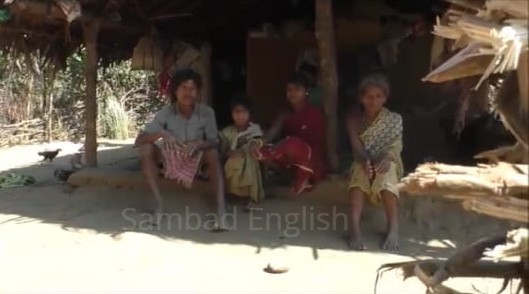 Malkangiri: Fearing attack by Maoists, a tribal family of Katuapadar village under Mathili block in tribal-dominated Malkangiri district left the village to save their lives.

As per reports, one Ganga Madi of the village was allegedly beaten up by a group of ultras on suspicion of being police informers recently.  The Maoists had conducted a ‘Praja Court’ two days ago and thrashed Ganga brutally branding him as a police informer. The red rebels had also threatened him of dire consequences if he does not leave the village with his family.

Fearing further attack, the family abandoned the village. However, no district official could be contacted to comment on the matter till last reports came in.

Earlier in October last year, 13 members of a family had left their house at Dabuguda village in the district fearing threat to their lives from extremists.