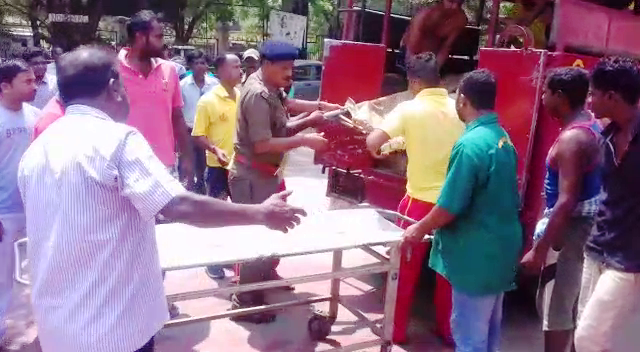 Keonjhar: In a tragic incident, two children, who happened to be cousins, drowned while taking bath in Baitarani river at Kodpada village under Anandapur police limits in Keonjhar district today.

The deceased duo has bee identified as Rudra Narayan Ojha of Basantia village and Subha Praksah Sutar of Sadha village in the district.

Health service goes for toss as woman delivers baby under…

Sources said the two kids had gone to Biatarani Ghat at Kodpada along with their uncle to take bath this morning. However, the they slipped in to deep water and later swept away by the river current.

Locals with the help of a firefighting team rescued the two and rushed them to Anandapur Sub-divisional Hospital, where doctor declared them brought dead.

Decomposed bodies of man, woman wrapped in sack recovered in…