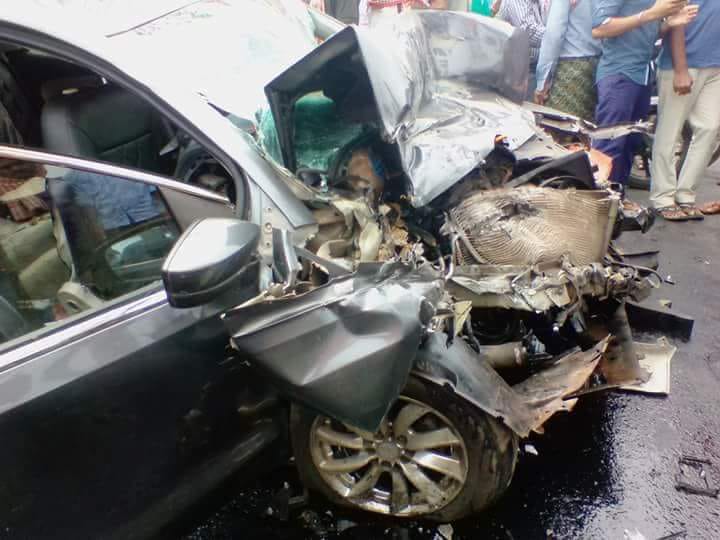 Angul: Two persons were killed and three others sustained grievous injuries after the taxi they were travelling in was collided with a speeding truck near Jarapada petrol pump in the district this afternoon.

The deceased have been identified as Ashok Prusty and Hemant Prusty.

Th incident took place when the taxi en-route to Bhilai in Chhattisgarh from Angul was hit by a speeding truck near Jarapada petrol pump. While Ashok Prusty and Hemant died on the spot, three other occupants, including a child were critically injured.

Locals rushed the critically-injured to a hospital at Jarapada and later shifted to Angul district headquarters hospital (DHH).

Meanwhile, police seized both the vehicles and launched an inquiry into the incident.

Woman dies after being administered wrong injection in Odisha