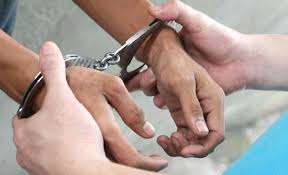 Bhubaneswar: The Economic Offence Wing (EOW) of Odisha police arrested another two accused — Rakshith and Sushanth for their alleged involvement in cheating people through fake loan mobile apps, the police said on Saturday.

Rakshith and Sushanth, both residents of Udupi district, Karnataka, were arrested in Bhubaneswar and forwarded to court on Saturday, the EOW officials said.

Police said that both the accused were acting as director of the shell companies to facilitate the transaction of illegal lending and recovery process through illegal digital loan apps. They were doing this in connivance and collaboration with many other shell companies like IWT-India etc.

They were also managing a call centre from Bengaluru which used to make threatening and humiliating calls and messages to victim loanees and their contacts.

They have disclosed many important information which gives indication towards a very complex and well organized racket, the details of which are being investigated, said the officials.

Earlier, the EOW had arrested three persons for allegedly cheating people through a fake loan mobile app. The police authority had also asked Google to remove 45 illegal loan apps from its play store.