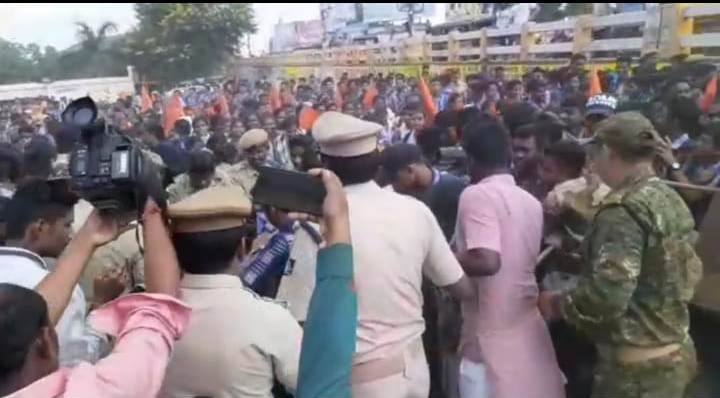 Sambalpur: Tension continued to prevail in Gangadhar Meher Junior College in Sambalpur for third consecutive day today as students had a face-off with police in its premises. The students were staging an agitation opposing the transfer of college lecturers.

Two students were injured after police resorted to mild lathicharge to maintain law and order in the college premises.

As per reports, during the students’ protest at Church Chhak an ambulance got stuck for around 10 minutes. This apart, commuters faced difficulties near the Chhak. To disperse the agitators, police lathicharged in which the two students sustained injuries.

Later members of the Koshli Ekta Manch and Rengali MLA Nauri Nayak along with students marched towards Collector’s office opposing the transfer of teachers and gheraoed it.

Odisha youth dies after falling off train in Sambalpur