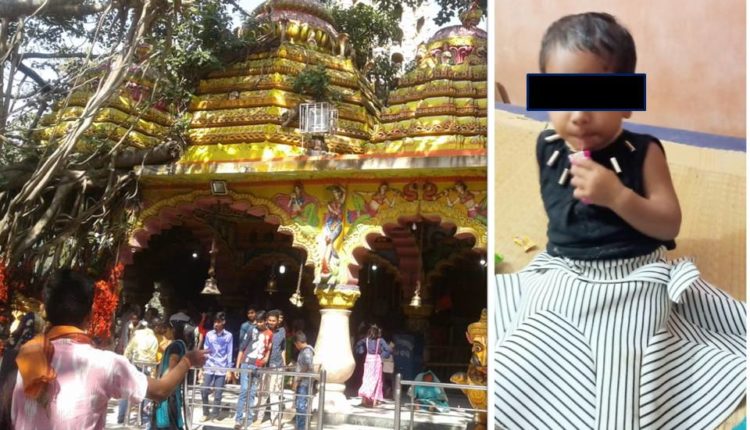 Tirtol: The Childline today rescued a two-year-old girl who got separated from her family at Gorakhnath temple in Jagatsinghpur district.

As per reports, there was a heavy rush of devotees at the Gorakhnath temple on the occasion Makar Sankranti. Some visitors spotted the girl child in the crowd standing alone this morning. As no one reached the temple to claim the child till evening, the locals handed over the girl to Tirtol police.

Tragic! 6-year-old girl dies due to strangulation while playing swing in Odisha

Later the police left the girl child in the custody of Childline officials. She was then taken to an ashram in Jagatsinghpur.

As the girl is only two years old, she could not give details about her identity, said a local.

More than 20,000 devotees today visited the temple to pay obeisance to deities.