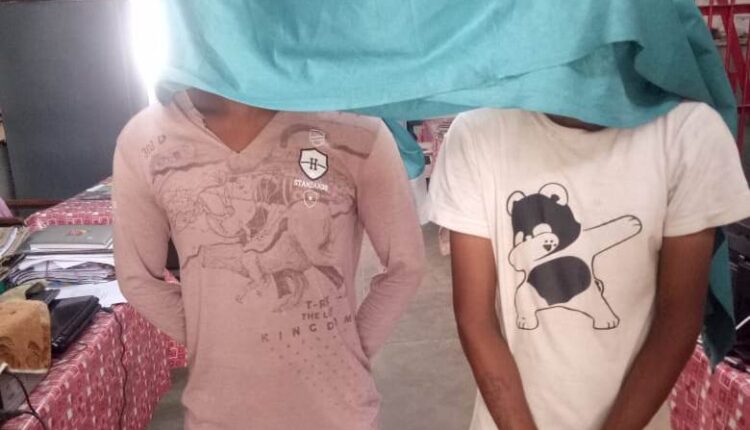 Jeypore: Two youths were arrested today in Jeypore town of Koraput district on charges of kidnapping a minor girl and her brother and then trying to rape her.

After the court rejected the bail plea of the two accused, Shiba Suna and Ishwara Chetti of Chhotaguda, the duo was sent to the Jeypore Sub-jail.

As per reports, the minor girl and her brother Sunil Wasan from Jagdalpur were going towards Visakhapatnam in an auto-rickshaw to attend a marriage on September 5 evening. However, the auto-rickshaw dropped the brother-sister duo at Jeypore bus stand. Without having any option left, they decided to stay at a nearby lodge. But Sunil Wasan and his minor sister were denied a room in the lodge.

While they were at the bus stand without any clue to whom they can approach to get a room, Shiba and Ishwara reached there in a Maruti-800 car. Assuring Sunil and his minor sister of help, the two accused took them in the car towards Baipariguda Road. The accused then parked the vehicle near a forest and tried to rape Sunil’s the minor sister in presence of him.

Somehow, the minor girl managed to escape from the clutches of the accused and ran into the forest. In the meantime, Sunil escaped from the spot too.

Sunil then went to the nearby police station and narrated the incident. A police team then reached the spot and searched for the minor girl in the forest. She was rescued from the forest on September 6 morning.

Based on the complaint filed by Sunil, police intensified its probe and arrested the two accused today after a brief questioning.