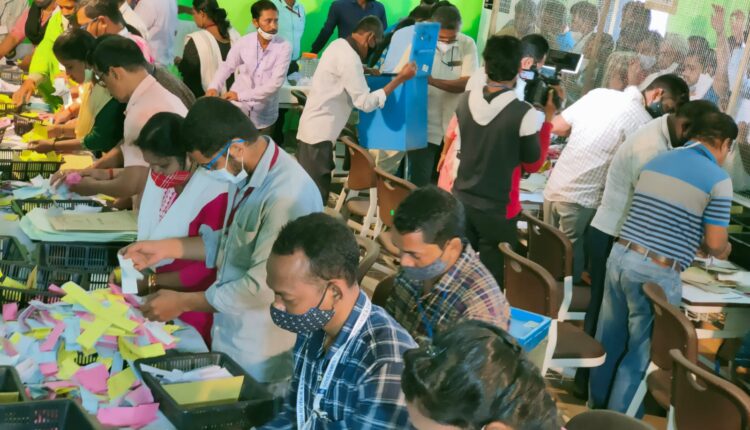 Bhubaneswar: The counting of votes for Odisha Urban Polls-2022 which were held on March 24 commenced at 8 am, today.

The results will decide the fate of 6,411 Chairperson/ Mayor candidates and 5,842 Councillor/ Corporator nominees.

The State Election Commission (SEC) has made elaborate arrangements for the counting of votes and declaration of results.

In NACs, there will be two tables each for counting of votes for councillor and chairperson.

In municipalities, there will be a maximum of five tables each for counting of votes for councillor and chairperson.

The counting of votes will be conducted simultaneously for councillor and mayor.

The entire counting process will be recorded on CCTV cameras.

As many as 106 Urban Local Bodies (47 Municipalities and 59 NACs) and three municipal corporations went to polls on March 24.

Elections to the posts of mayors in municipal corporations and chairpersons of municipalities and notified area councils (NACs) were held for the very first time.

Russia to be excluded from G20!