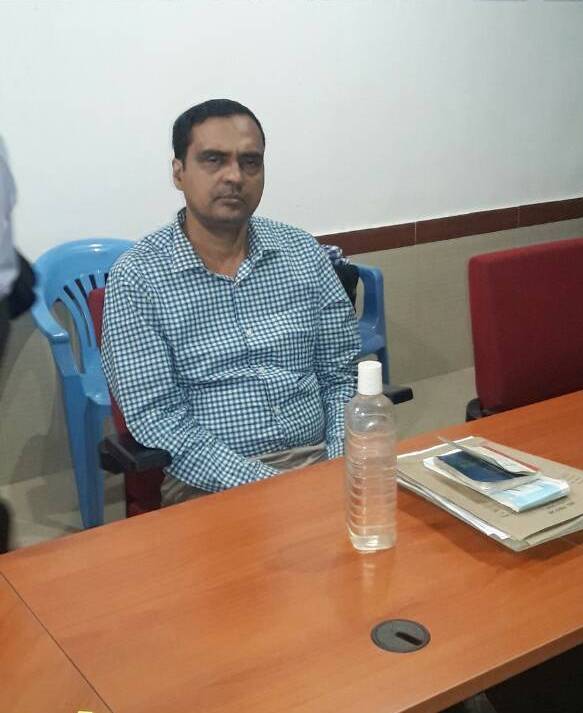 Sambalpur: Odisha Vigilance this evening arrested Susanta Kumar Rout, the suspended Jailor of Sambalpur Circle Jail after he failed to account for the huge amount of cash seized from his office chamber.

Notably, over Rs 18 lakh was seized from Rout’s official chamber during a surprise raid at the jail on June 4.

Following the seizure of huge cash from the Jailor’s chamber, Additional Director General (Prisons) Arun Kumar Ray had appointed a two-member team comprising of DIG rank officers to conduct a probe and submit a report within 48 hours.

Ray had suspended Rout yesterday after getting the report from the team and had asked the Vigilance to conduct a probe against him to unearth disproportionate assets if any to his known sources of income.

Earlier, in the day the anti-corruption wing raided his official quarters and office here and his parental house at Kalyanpur under Binjharpur police limits in Jajpur district.

The anti-corruption wing will move the court for seeking Rout on remand for further interrogation.