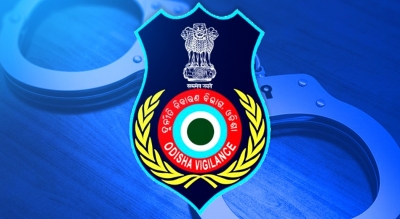 Bhubaneswar: Odisha vigilance officials today unearthed assets including five flats, six plots and Rs 1.19 crore bank deposits & insurance investments in the names of an executive engineer of the minor irrigation division, Balasore district and his family members. He has been identified as Mahesh Prasad Patnaik.

On the allegation of possession of Disproportionate Assets, the vigilance sleuths conducted simultaneous raid on the properties of Patnaik at seven places in Khurda, Mayurbhanj, Balasore and Rayagada districts in Odisha & Visakhapatnam, Andhra Pradesh, the officials said.

During the raids, two flats (converted into one 4 BHK flat) in Bhubaneswar worth Rs 61.5 lakh, one 3 BHK flat in Bhubaneswar (Rs 34.18 lakh), flat at Hi-Tech Plaza in Bhubaneswar (Rs 13.23 lakh), one building at native village in Rayagada (Rs 4.85 lakh) and another flat in Visakhapatnam (Rs 17.56 lakh) detected by the vigilance.

Similarly, six plots including three plots in the prime area of Bhubaneswar and another three in Koraput were also found. The registered sale deed (RSD) value of these plots comes to Rs 20.86 lakh. However, the actual value is likely to be much higher. Undervaluation of the plots during registration is suspected. A thorough probe has been initiated in this regard, they said.