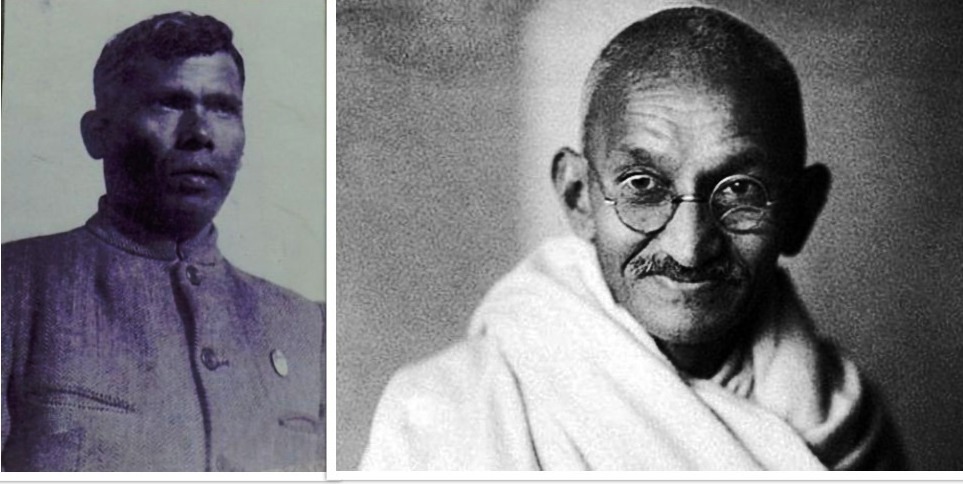 Kendrapara: Nation remembers January 30, 1948, the day ‘Father of the Nation’ Mohandas Karamchand Gandhi was assassinated, but very few know about the unsung hero, who nabbed his killer Nathuram Godse while he was trying to escape after pumping bullets into Mahatma Gandhi.

The man was an Odia and was employed at Birla House as a gardener. Raghunath Nayak, who hailed from Jaguleipada village in Kendrapara district of Odisha, had showed great courage and captured Godse, before he was arrested.

Despite playing a key role in the arrest of Gandhi’s assassin, Nayak’s heroism went unsung and failed to find any mention in history books. The only book where Raghu’s bravery finds a place is ‘Mahatma Gandhi – The Last Phase’, a biography of Gandhi written by his private secretary Pyarelal.

However, residents of Jaguleipada still remember Nayak’s contribution and pay tribute to him on both birth and death anniversaries of Gandhi. A statue of Nayak was installed alongside Mahatma Gandhi by a German-based automobile firm.

On the occasions, Jay Malavya Nodal School at the village organises special function to enlighten students about the heroism of Nayak.

“Raghu Babu was there at the garden of Birla House, when Godse killed Gandhi Ji. When he tried to escape the scene, it was Raghu Babu, who first caught hold of Godse and grappled him. But it is very very unfortunate that there is no mention about Raghu Nayak in the Indian History,” said Kailash Chandra Sahu, Headmaster of the school.

On the other hand, Nayak’s family members allege that except Rs 5 lakh assistance and Rs 30,000 from CM Relief Fund, the Odisha Government has not done anything for their sustainability.

“While families of freedom fighters get monthly pension, the Odisha Government did not give anything such to my mother. She had been receiving a meager Rs 100 as pension from the Centre. CM Naveen Patnaik gave only Rs 5 lakh in 2016 and Rs 30,000 back in 2013 as financial assistance. My mother passed away last month and I am still struggling to make ends meet,” said  Raghu Nayak’s daughter Basanti Mallick, who is staying with her son at Kanika in Kendrapara.

While Nayak passed away on August 13, 1983, his wife Mandodari, who was staying at her daughter’s house in Cuttack, died on September 10 following a prolonged illness. She was 92.

Chief Minister Naveen Patnaik had felicitated Mandodari and provided her financial assistance of Rs 5 lakh in 2016 for her association with Mahatma Gandhi.

The Nayaks served at the Birla House for over two decades before returning to Odisha in 1965 after retirement.

Dance bars’ reopening likely to get delayed in Odisha capital