Odisha village where superstition forbad concrete roof gets its first 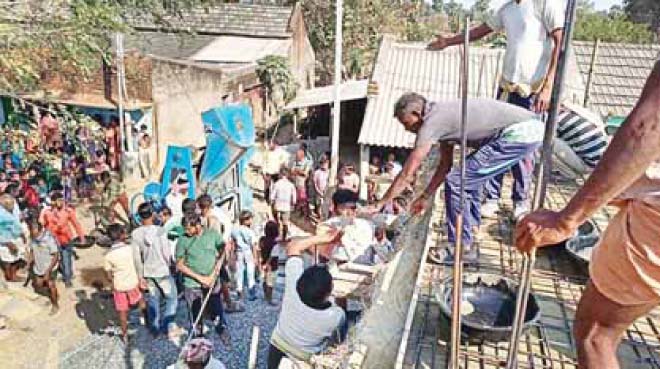 Angul: Not a single resident of Belabuda village under Athmallik block of Odisha’s Angul district ever dared to construct concrete roof for themselves as a superstition prevailing in the locality for hundreds of years forbad them from doing so.

As bizarre as it may sound, the village never had a house having a concrete roof until local BDO Sanjay Kumar Acharya managed to make the villagers understand that they were falling prey to the blind belief. As per the superstition, any one constructing concrete roof in the village will face a certain death.

So much so, government school, Anganwadi Centre, and all pucca houses in the village were concrete roof-less.

Eventually, the BDO convinced the villagers to allow construction of a pucca house with concrete roof in the village. The locals were involved in the construction work of the house, which was a built as a cost of Rs 3 lakh sanctioned from Kandhapada panchayat.

Corona Updates in Odisha: Spike of 95 cases in last 24 hours