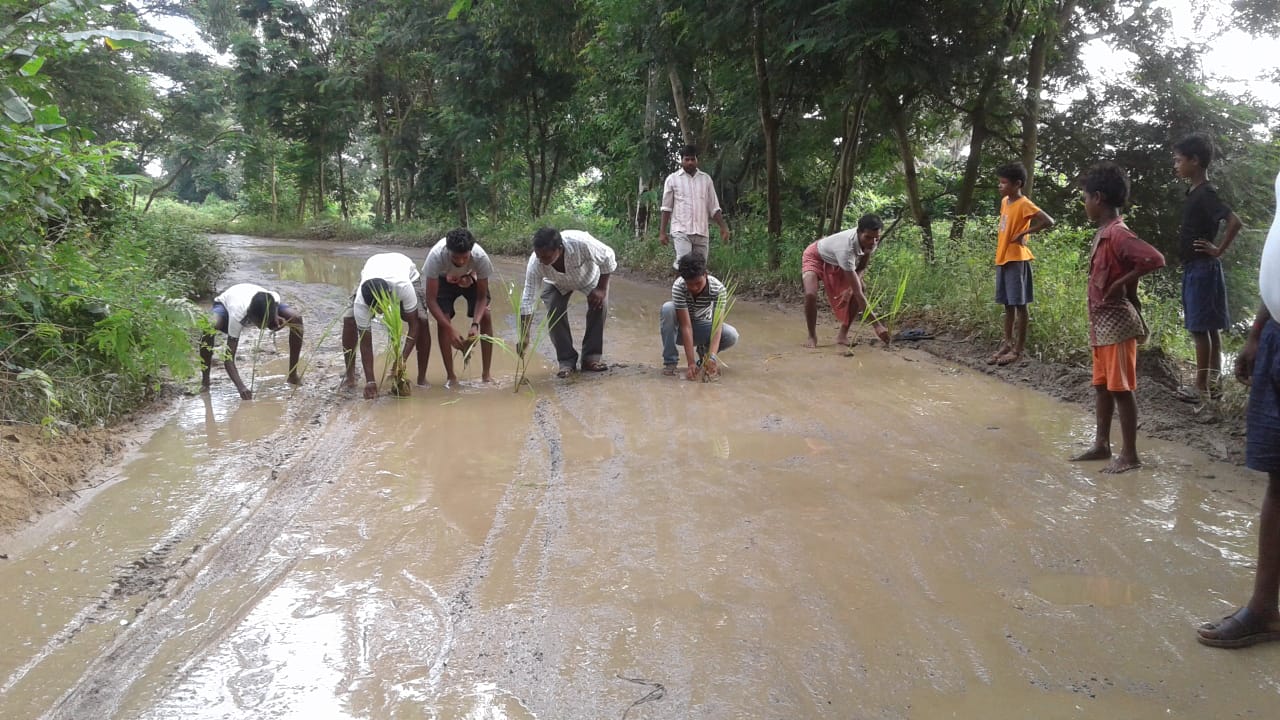 The locals at Oliha village in Mahakalpada tehsil blocked the road by planting paddy saplings as mark of protest against poor quality of road work by the contractors.

Odisha: Pregnant woman carried on stretcher due to lack of…