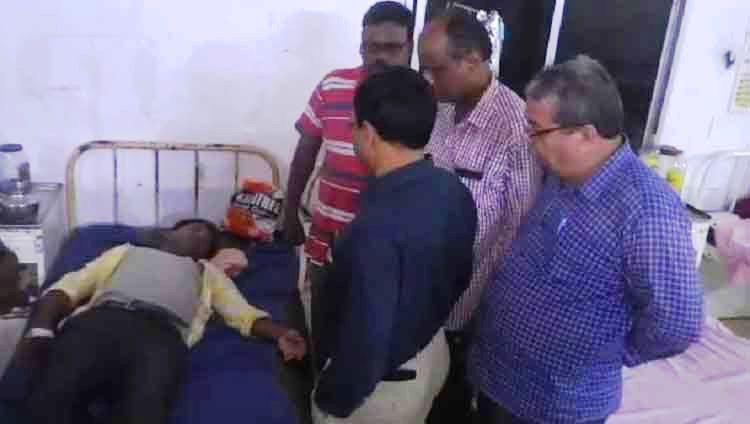 The injured identified as Nihar Ranjan Thatoi was later admitted to the district headquarters hospital (DHH) here for treatment.

As per the compliant, a resident of Golarhat Panchayat had been forcing the VLW to pass two bills for construction of houses under the IAY. As Thatoi refused to do such illegal activities, the man along with five others attacked him while he was returning to his house last evening. Critically-injured Thatoi was later admitted to the DHH.

Meanwhile, Derabish Block BDO Gopabandhu Bhosagar lodged a complaint with the Sadar police in this connection.

India’s Chandrayaan-2 on course to Moon