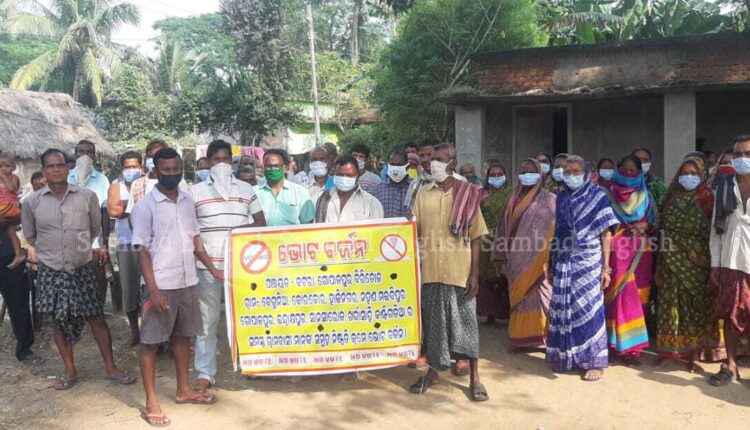 Jagatsinghpur: Alleging the State government apathy towards local issues such as lack of all-weather roads, voters of some villages in two panchayats under Tirtol block boycotted the Tirtol by-poll.

Voters of ward no- 15,16, 17, 18 and 19 under Begunia village of Katara panchayat earlier threatened to boycott the by-poll. However, after the local administration urged the voters to vote, villagers relented and took part in polling at ward no-15, 16, 17 and 18.

As per the latest report, voters of Hajinagar under ward no-19 continued to remain adamant and did not cast their votes.

A similar trend was seen in four villages under Gopalpur panchayat which falls under Tirtol block where voters refused to be part of the poll process.

As many as 2,39,153 voters will exercise their franchise in Tirtol Assembly constituency.

Congress Candidate Himanshu Bhusan Mallik cast his votes at a polling booth in his ancestral village in Garama. BJD candidate Bijay Shankar Das and BJP’s Rajkishore Behera could not vote for the by-poll as they were not from Tirtol Assembly constituency, said an official.

Explainer: Why Poland Cracks Down on Abortion Rights