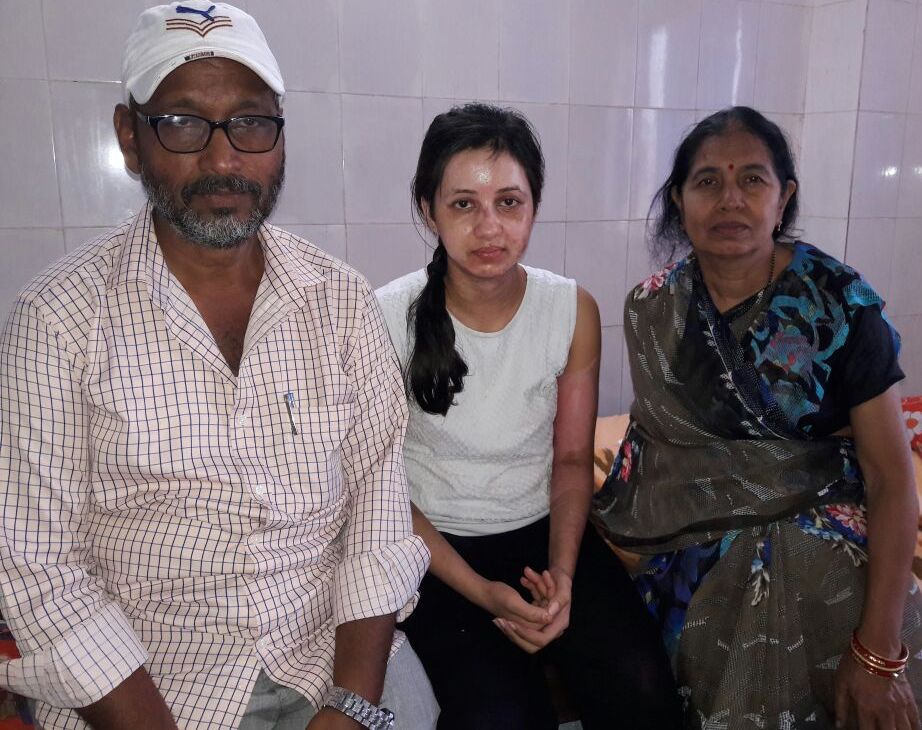 Cuttack: Reema Rani, the survivor in the Patnagarh wedding gift blast which had killed her husband and his grandmother on February 23, got discharged from SCB Medical College and Hospital in Odisha’s Cuttack today.

The young woman was shifted to SCB Hospital from VIMSAR, Burla on February 25 and undergoing treatment at the Plastic Surgery department of the hospital since then.

Ananda Patnaik, Plastic Surgery department’s professor, informed that her condition is currently stable. After getting discharged from the hospital, Reema said she will now stay at her father’s house instead of her in-laws’.

Notably, Reema Rani’s husband Soumya Sekhar and the latter’s grandmother Jemamani were killed when a bomb wrapped as a wedding gift blasted while unwrapping the same on February 23, four days after the couple’s marriage.

Chief Minister Naveen Patnaik had ordered for a Crime Branch probe into the sensational incident. A special investigation team (SIT) of the Crime Branch had interrogated family members of the deceased groom. During investigation, it had come to fore that the sender of the killer parcel was an Odia.

Odisha demands Centre for allocation of coal mines to MCL