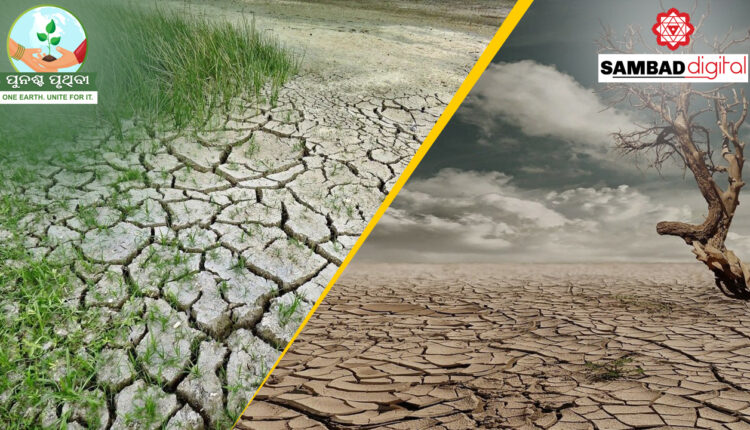 Bhubaneswar: In what could be seen as a major consequence of global warming and climate change, Odisha witnessed monsoon rain deficit by 29 per cent between June 1 and August 31, which is sixth worst over in over a century.

During the period, Odisha received cumulative 661.1 mm rainfall against its normal value of 935.8 mm leading to drought-like situation in the state. This is the sixth occasion in last 120 years, when the southwest monsoon rainfall has been deficient by 20 % or more, said the India Meteorological Department (IMD) Regional Centre here. 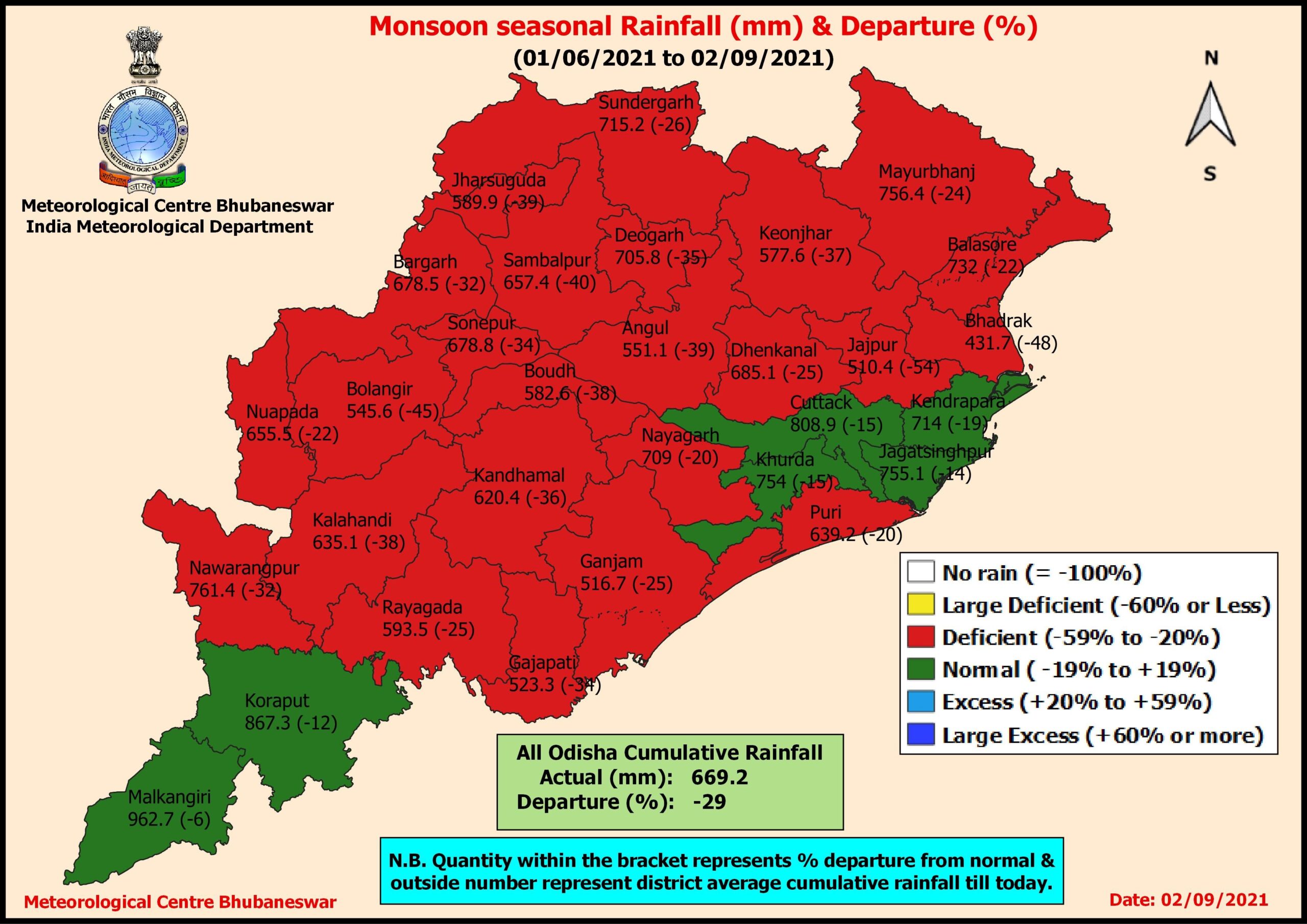 “Apparently, absence of monsoon depression and less number of monsoon lows (only two observed) over Bay of Bengal in August causes less amount of rainfall. Most of the days, the monsoon trough located north of its normal position, which also causes subdued monsoon activities,” the weathermen stated.

However, the IMD predicted that the state would receive normal rainfall in September, the final month of monsoon season.