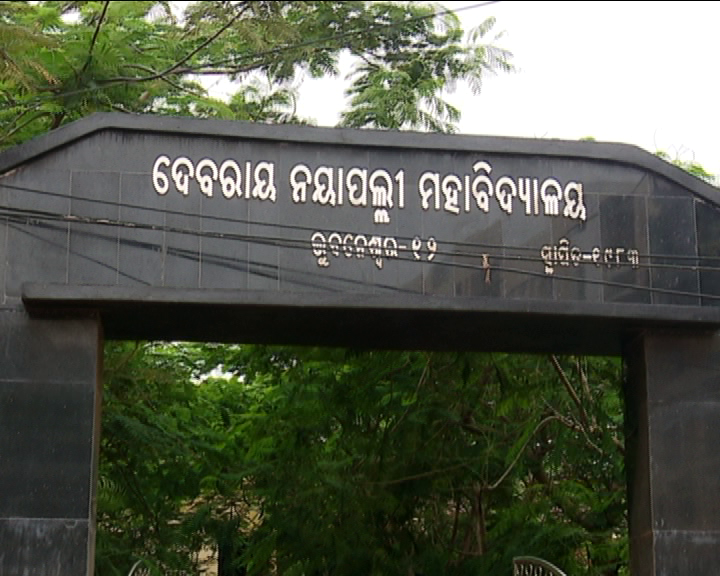 Bhubaneswar: A woman employee of a college in Odisha capital has complained of having received threat to her life from a fellow male colleague.

According to reports, the woman, who has been working as an assistant librarian at the city-based Deba Ray Nayapalli Mahavidyalaya has been allegedly threatened with her life by Mathematics teacher Ramesh Satpathy.

The assistant librarian has alleged in her written complaint that she has been subjected to mental harassment by Satpathy. She has claimed that he has been even threatened with her life.

She has further alleged that Satpathy has been demanding money from her for the last three years.

“Mathematics lecturer Ramesh Kumar Satpathy has been repeatedly harassing me mentally. He has been hurling abuses on me. He has taken around 25 books from the library. When I ask him to return those books he abuses me. He has even threatened to kill me,” the woman employee told the media.

However, Satpathy has refuted the charges levelled against him by the woman employee.

“Under no circumstances I ever speak to her. Somebody can always make false allegations against anyone. I am 60 years old. Several women employees have worked here and even some have been transferred elsewhere none have ever complained against me. Intentionally, she is making such allegations because I refused to become PIO in an RTI query concerning her,” clarified Satpathy to reporters.

“I received the complaint from her at about 3 PM on July 18. As per government’s guideline, a sexual harassment committee has been formed. I have referred the complaint to the committee. Very soon the truth will be out and appropriate action will be taken,” said Rajani Ranjan Dash, principal, Deba Ray College.

Face of Nagada malnutrition dies of malaria in Odisha hospital