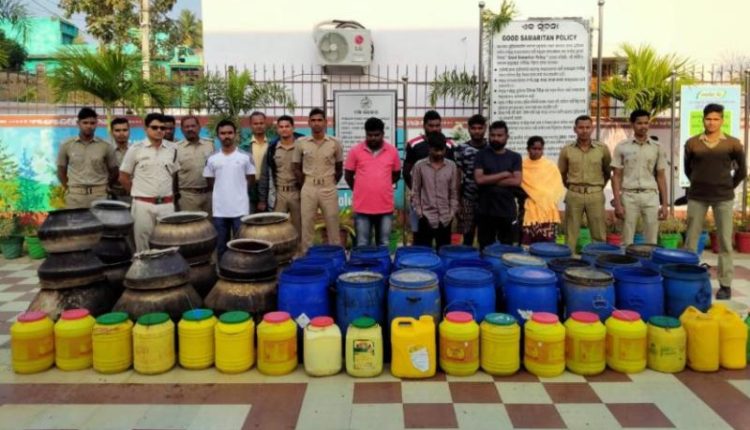 Aska: The police arrested seven persons including a woman on charges of running a country liquor manufacturing unit illegally. Also, 1,000 litres of country liquor were seized.

Ganja worth over Rs 5 lakh seized in Odisha’s Koraput; woman among 3 arrested

Apart from seizure of the huge quantity of country liquor, the cops destroyed around 3,000 litres of liquor that were being prepared at the two units.