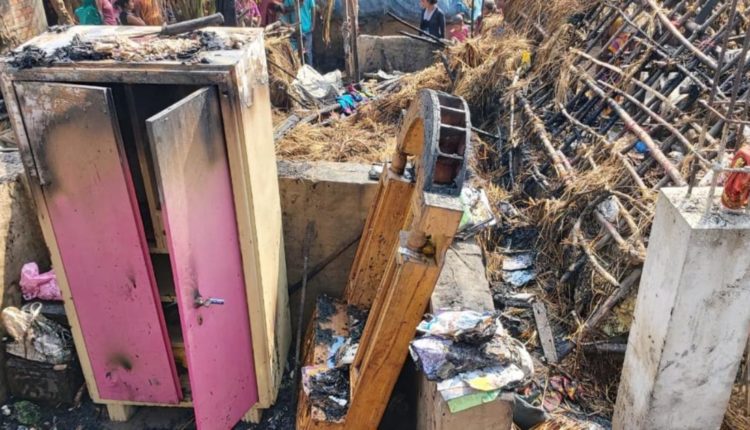 Bhadrak: A woman was charred to death in a fire mishap at her house in Odisha’s Bhadrak district today while her family members alleged that it was a pre-planned murder.

According to reports, Purnima Das (22) was preparing tea for her in-laws at Charadia village under Chandabali block of the district this morning when fire broke out apparently due to leakage of LPG from the cylinder.

While the woman died on the spot, properties worth lakhs were damaged as the fire engulfed as many as six rooms. On being informed by locals, Fire Service personnel rushed to the spot and doused the flames.

On the other hand, family members of the deceased have lodged a complaint with police alleging that she was murdered.