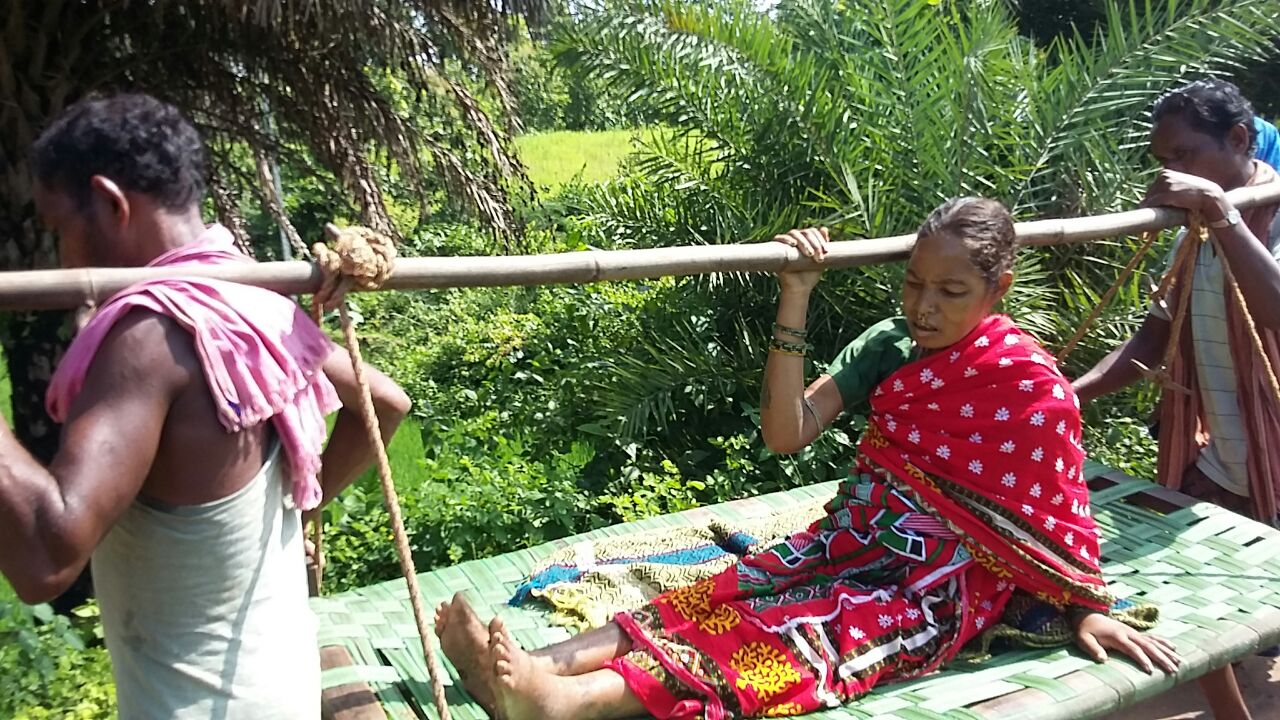 Carried on a sling made from a cot, a pregnant tribal woman today died after giving birth to a stillborn child in Odisha’s Rayagada district, raising questions on the effective implementation of Mukhya Mantri Sadak Yojana (MMSY).

According to reports, the expectant mother from Ghagudimala village under Kalyansinghpur block in the district was being ferried to Kalyansinghpur Community Health Centre (CHC) through narrow kaccha roads for institutional delivery.

After travelling for over 2 km, the ambulance finally arrived at the service of the distressed. By then, Dhaneya Hanshabansha (32) had already delivered a stillborn child.

“We are carrying the woman on a cot as the road condition is bad. We had called up the ambulance but it won’t be able to reach the village due to inaccessibility. It will pick up the patient mid-way,” Ghagudimul ASHA worker Tejibansa Bisalya who accompanied the pregnant woman said.

“The patient had already given birth to a stillborn child. She was anaemic for which she had received medications earlier. Now, we will refer the case as she has low hemoglobin level,” a hospital staff said.

The seven-month pregnant woman, however, died reportedly due to blood loss resulting after hemorrhage while being shifted to the District Headquarters Hospital (DHH) in a critical condition.

The incident once again points fingers at the implementation of Janani Suraksha Yojana (JSY) as 102 and 108 ambulance service which failed to turn up to shift the pregnant woman to the hospital in time.

Besides, the Mukhya Mantri Sadak Yojana (MMSY), an ambitious scheme of the Naveen Patnaik led government to upgrade rural road infrastructure, has ostensibly failed to reach the backward regions of the state which are not covered under Pradhan Mantri Gram Sadak Yojana (PMGSY).

The Biju Janata Dal (BJD), in its election manifesto in the last election, had announced the scheme under Rural Infrastructure Development Fund (RIDF).