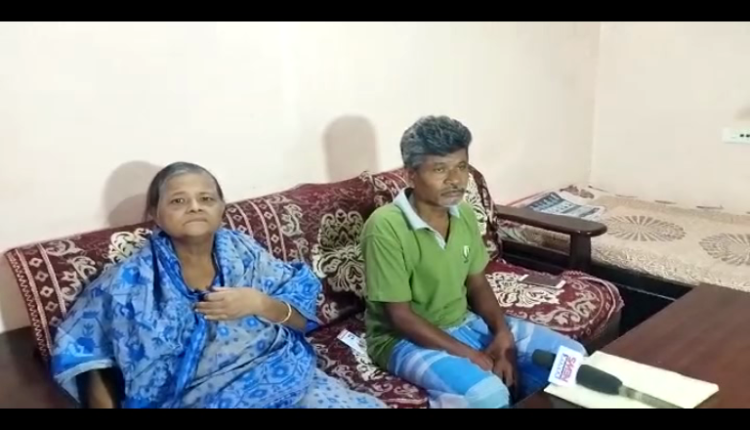 Cuttack: An old woman in Cuttack city has set an example for many as she has decided to donate her house worth over Rs 1 crore to a rickshaw puller.

Minati Patnaik, a resident of Sutahat area here, gave away a three-storey building to the poor rickshaw puller Budhha Samal, who has been serving her family since over two decades.

“After passing away of my husband and daughter in a gap of less than six months, I was shattered and living in grief. None of my relatives stood by me after this colossal loss. I was all alone. But, this rickshaw puller and his family were taking care of my health without any expectation. Therefore, I decided to do this for their selfless service,” the 63-year-old woman told media.

However, the rickshaw puller did not turn his back from his employer during her trying times.

“After completion of funeral rites of my daughter, not a single relative or friend did contact me and enquired about my condition. As nobody is left in my family, many suggested me to donate the properties to any orphanage or old age home. But, I decided to give it away to an orphan old man. And, Budhha is the right person to own my house after my death,” Minati said.

“With sound state of mind, I made a will before the court to donate my house to him,” she said.

“As compared to their contribution towards me and my family, I have not done anything big. I am always indebted to him and I can never repay the favours. I am only giving him a house, which is made of bricks and cement,” she expressed.

Earlier, she had plans to settle the rickshaw puller permanently with his family in Cuttack by purchasing a land in his name. After she lost her family, she decided to gift the house to him as payment towards his service.

Minati’s relatives both from her in-laws and parents side are stated to be well-established. Following demise of her husband and daughter, she wanted to donate her properties to the rickshaw puller, who is landless and serving her since a long time.

Despite facing wrath from her relatives over the pious act, she stuck to her decision.

“My sisters threatened to severe relationship with me if I transfer properties on his name. But, I don’t care about anyone. God made me alone by taking my husband and daughter away from me at this age. I have nobody who will look after me. Now, this man and his family is my family. Whole heartedly, I am donating this house to him. I am not influenced by anyone to take this decision,” Minati added.

“I am associated with this family and house since last 25 years. Earlier, I was serving Babu (owner of the house) and his daughter. I never carry any passenger in my rickshaw except his family members. This family has been showing favours on many occasions. And this gift is beyond my dream. I and my family are always obliged to Maa (Minati Patnaik) and we will serve her till our last breath,” Budhha Samal said.

Rising air pollution: Schools in Delhi shut for a week