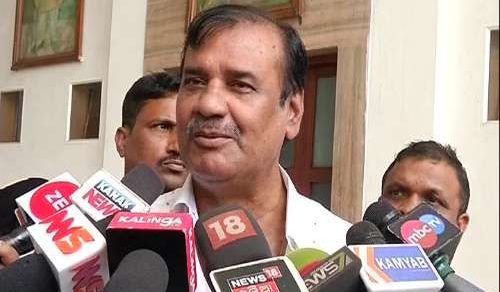 Bhubaneswar: Now onwards, women fighting legal battle in a court for divorce will get monthly pension in Odisha. Social Security and Empowerment of Persons with Disabilities (SSEPD) Minister Ashok Panda today announced that the State government has decided to provide pensions to women during divorce proceedings under the Madhu Babu Pension Yojana.

He further stated the department has already passed a resolution in this regard. Women submitting their cases before the department will be taken up for consideration and monthly pension will be given to them.

“The beneficiary woman must have an income limit of Rs 40,000 annually to be eligible for the pension,” Panda added.

Keeping in mind the difficulties faced by differently-abled in getting disability certificate, the government has also decided to set up special panels to issue the document, he said.

At present, the disability certificate is issued at District Headquarters Hospitals twice in a month.

To help the differently-abled, the minister also directed the Capital Hospital in Bhubaneswar to issue the certificate three times in a month.

Manager suspended after centenarian woman dragged on cot to…