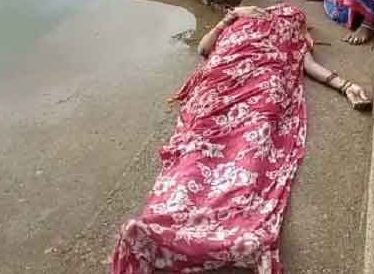 Nayagarh: Body of a woman was found in a pond at Talakani village under Ranpur police limits in Odisha’s Nayagarh district under mysterious circumstances today.

Family members of the deceased woman, identified as Prabhashini Behera, have alleged that she was murdered and her body was later thrown into the pond.

Murderous attack on student for opposing ganja trade in…

According to reports, Behera had gone to the pond early this morning for taking bath. Realising her delay in returning home, her family members searched for her and found the body floating in the pond.

Her husband has lodged a complaint with Ranpur police alleging that his wife was killed. On the other hand, the body bore injury marks which has raised suspicion over the death. Police have started investigation into the incident.

Worth mentioning, the woman had dispute with some villagers and a case in this connection is sub-judice.