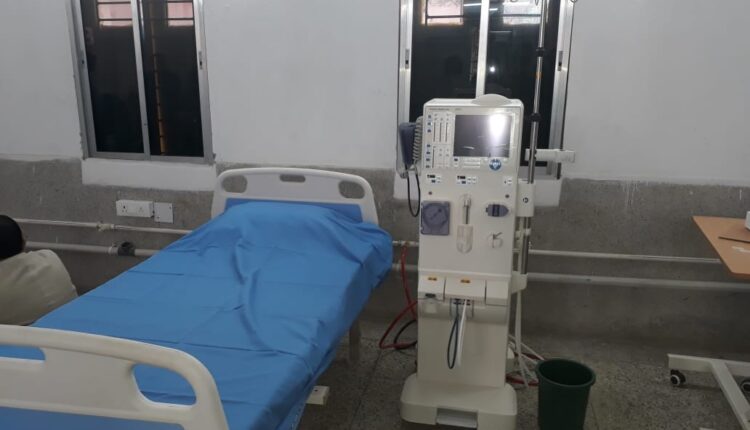 Jagatsinghpur: Just two days after returning to home district during COVID pandemic, a woman hanged herself to death out of grief in a state-run hospital after she lost her husband under treatment.

The incident took place at an isolation ward of the District Headquarters Hospital (DHH) in Jagatsinghpur on Thursday.

According to reports, the couple Nirlipta Bhola (33) and Subhadra Swain of Katijanga village under Earasama block had returned to Jagatsinghpur district from Telangana on June 30. As per COVID-19 guidelines for returnees, they were sent to a quarantine centre in Earasama. On July 1, Bhola was brought to an isolation ward of the DHH after he fell ill at the quarantine centre. His wife Subhadra also accompanied him to the hospital. They were allotted a room located on the first floor of the isolation ward.

On Thursday afternoon, Bhola complained of chest pain following which his wife approached doctors and informed the family members. A few minutes after battling for life, Bhola succumbed.

However, it was not easy for Subhadra to accept her husband’s death. The mourning wife tried to kill self by slitting her hand, but the ward staff managed to prevent her from committing the act. However, they failed to bring her to normal state.

Following death of husband, she attempted to end her life. Even as the ward staff tried to hinder her, the woman closed herself inside the room and hanged self from a ceiling fan in front of her husband’s body, said medical officer in-charge Dr Ajay Swain.

Reportedly, their swab samples were collected and sent for test to detect COVID-19.