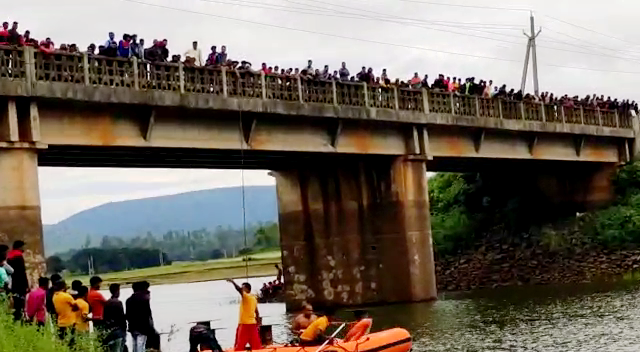 Jeypore:  An altercation between a couple led to a tragic end after the woman ended her life by jumping into a river from Champaput bridge under Padua police limits in Koraput district today.

However, the identity of  the deceased is yet to be ascertained.

Sources said the couple got into a heated argument over some issues on the bridge  this afternoon. In a fit of rage, the woman jumped into the waterbody in front of her husband. Later, the man raised an alarm, following which a firefighting team rushed to the spot for rescue operation.

After a while, the rescue team fished out the woman’s body from the water.

Further details in connection with the incident are awaited.