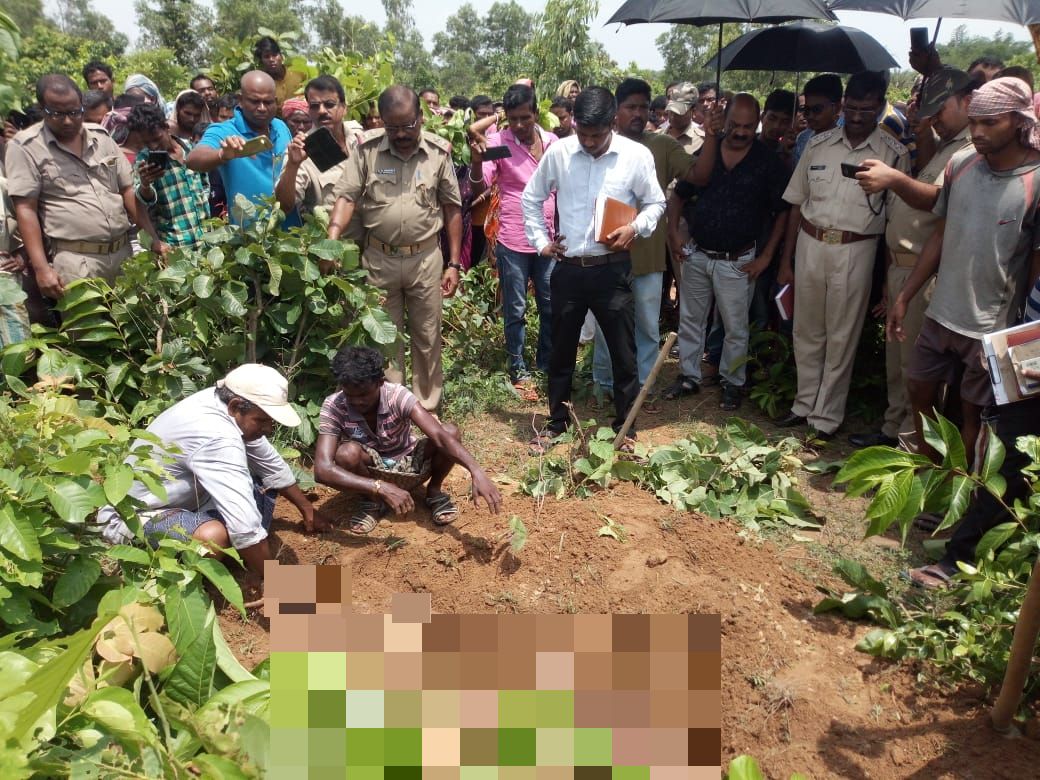 Baripada: Fallout of an extra-marital affair led to the death of a person as a woman and her paramour allegedly killed her husband at Kiakhali village under Rasgovindpur police limits in Odisha’s Mayurbhanj district late last night and buried the body.

According to reports, wife of Sankarshan Barik (42) of the village had an alleged extra-marital affair with one Sapan Das of Julubakandha village under Basta police limits in Balasore district.

The woman had hatched a conspiracy to eliminate Sankarshan and as per the plan, she telephoned Sapan and told him to come to her house last night. Both Sapan and the woman allegedly strangled Sankarshan to death while he was sleeping.

The duo later took the body on a two-wheeler to a mango orchard located in Kalama panchayat under Raibania police limits of Balasore district and buried it.

Some locals spotted the pit this morning and informed the police about it. Cops along with scientific team and sniffer dogs reached the spot and exhumed the body, which has been sent for post-mortem.

Police have registered a murder case into the incident and arrested the two accused. Both confessed to the crime during questioning, police sources said.