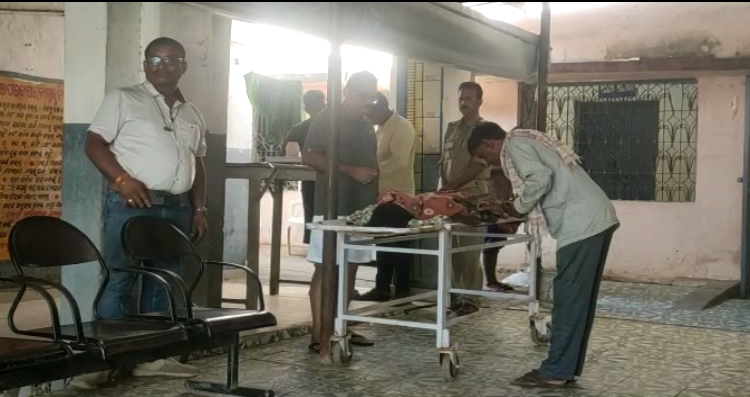 Nuapada: A woman was shot dead by a youth after his husband allegedly refused to pay ‘hafta’ (extortion money) here in the district.

The deceased woman has been identified as Kumudini Sabar (45), wife of Sarat Chandra Sahoo (65) of Thutibar village under Komna police limits in Nuapada district.

The incident occurred at around 11 pm on Wednesday when the couple was sleeping at their residence.

According to reports, a youth identified as Nilambar Suna of the same village demanded Rs 10,000 extortion money to Sarat. When the elderly man refused to pay, the former shot his wife, who was trying to deal with the issue.

“Nilambar Suna of my village knocked at the door while we were sleeping. When I opened the door, he demanded extortion money of Rs 10,000. When my wife intervened between us, the youth opened fire and shot her dead,” the 65-year-old Sarat told reporter today.

The accused fled from the spot soon after the incident.

“Several cases are lodged against Nilambar earlier. He was jailed for around 2 years in a murder case in Lathore. He was released from the prison recently,” the poor man asserted adding, “I told him about my helplessness. When my wife came in front of him and tried to stop him, he killed her.”

On receiving information, Komna police reached the site and sent the Kumudini’s body to the Community Health Centre.

Following a complaint with the police, a manhunt has been launched to nab the accused youth.