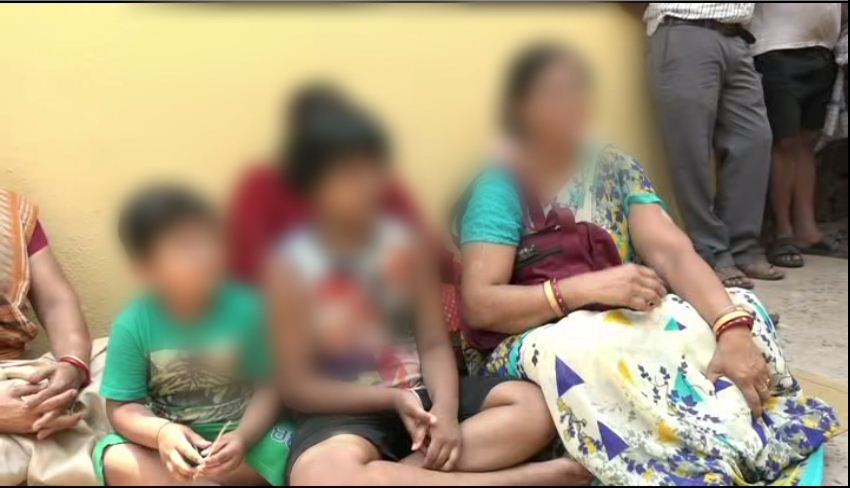 A woman accompanied by her children has staged a dharna in front of her in-laws house in Cuttack district of Odisha alleging her husband of having illicit affairs with many women.

The woman also leveled dowry torture allegations against her in-laws.

According to reports, the complainant, a resident under Mangalabag police limits in Cuttack had love marriage with Jyoti Prakash Mohanty of Jagatsinghpur, whose family is now staying at Jagatpur in Cuttack.

The woman’s in-laws used to torture her for dowry and had demanded a patch of land at Tulasipur area here following which her father gave some money to purchase a plot.

“Failing to buy a patch of land at posh area of the city, my father gave some money to my husband to purchase a piece of land of his own choice,” said the woman.

Things remained normal for some days after my father gave money for buying land but gradually the in-laws started torturing me, she added.

The woman also alleged that his husband is having illicit affair with many women and she has video clip of her husband’s physical relation with a woman.

The woman complained that since she came to know extramarital affair, her husband started torturing and assaulting her.

Read my book instead of questioning capabilities: Pitroda to Odisha BJP on WannaCry issue