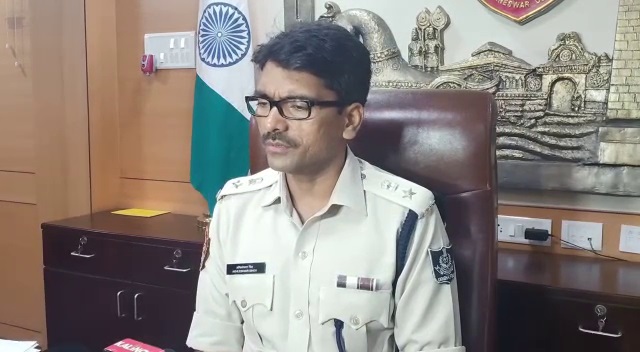 Cuttack: A woman as mother always wants her children’s well-being and teaches social values to make their future bright. But here’s a mother, who shaped her son’s career as a notorious criminal.

This was revealed following arrest of two family members of criminal Ajay Sahoo and his girlfriend for their alleged involvement in several crimes.

A day after apprehending Ajay Sahoo alias Jitu following an encounter in Choudwar area, Commissionerate police today arrested his mother, sister and girlfriend on charges of motivating him for crimes and keeping looted articles with them.

Jitu’s mother is suspected to be a guiding force in encouraging him for crimes, said Cuttack Deputy Commissioner of Police (DCP) Akhileshvar Singh.

“His mother was guiding him and his sister was keeping the looted items with her. They were actively involved in loots and crimes,” he told media persons.

“We have information that some of his relatives were also involved in wrongdoings. They have purchased many items and vehicles at looted money. However, legal action will be taken against them,” he said.

Jitu’s gang mostly targets the finance personnel on the highway for robbery. Also, the gang members used to loot the commuters travelling with four-wheelers on isolated roads.

The gang is active in Dhenkanal, major portion in Cuttack Rural aeea, Nayagarh and Choudwar for loot, Cuttack DCP said.

Worth mentioning, Jitu was arrested yesterday following an encounter between Athagarh and Choudwar area.

He sustained bullet injuries in exchange of fire with police. Police said that several loot cases are pending against him at various police stations in Cuttack district.