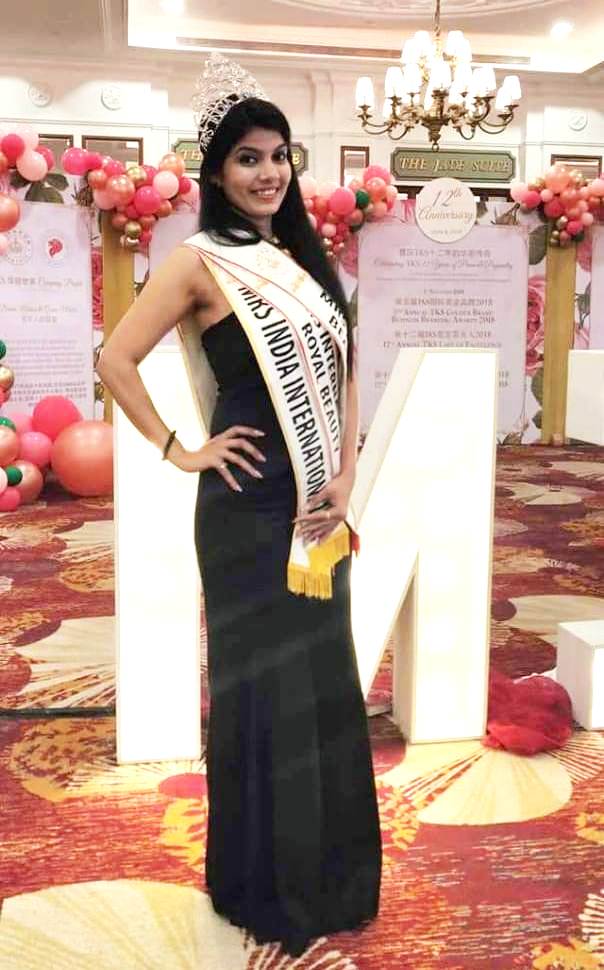 Priyadarshini clinched three major titles beating 80 contestants from various countries in the final round of the event organised by the TKS International.

She was among the finest contestants in the competition that had commenced from October 27. She proved her talent with beauty participating in various programmes and interaction among other contestants.

Earlier, Priyadarshini was crowned Mrs Asia Pacific at a beauty contest held on May 29 this year in New Delhi. She met with an accident near Raipur on her way back to Sambalpur. Recovering from the accident, she prepared herself for international beauty competition.

With success at Mrs International beauty pageant, Priyadarshini, wife of Ruturaj Mishra and IT graduate from Bhubaneswar, set an example for other married women, who tread their dreams in glamour and fashion world.

She had tied the knot with Ruturaj in the year 2011. Her husband is currently working as the Project Manager in Samsung India in Indore. The couple is blessed with two beautiful boys.