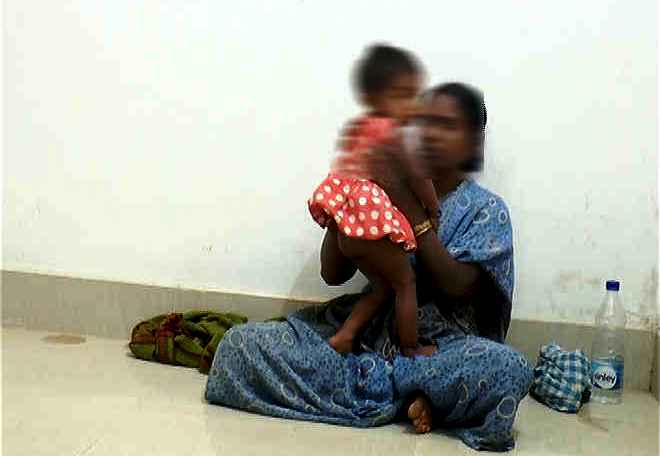 Sounds weird but true! The Odisha Forest department officials allegedly have put a woman identified as Bharati Pradhan and her one-year-old girl behind bars for someone else’s crime.

Man hacked to death by wife, son on asking for money to buy liquor

According to reports, the Forest officials have put the mother-daughter duo in police custody as Bharat Pradhan was at large after allegedly killing a wild boar.

Earlier in the day, some guests had arrived at Bharat’s house under Rajamunda area here after which he along with some other villagers went for hunting to treat the visitors will boar meat. However, Forest officials got clue from some sources about this.

Following the raid, the villagers fled the spot after hiding the meat. However, the officials traced six kilo gram meat from a nearby field.

After surprise raids at various places in the area, Premdil Baa and Jagat Kalo were apprehended. One more accused, however, managed to give police a slip.

As the personnel could not trace the other accused, they rounded up Bharati Pradhan and her daughter.

It was said that the Forest officials picked up the mother-daughter duo to put pressure on Bharat to surrender before the cops.

On the other hand, Sundargarh District Child Protection Officer (DCPO) has said that they would investigate the matter and initiate appropriate steps.

“The child protection rights have been violated. Under no conditions, a child under eight could be kept under police custody. Woman’s husband has killed a wild boar, the woman is not involved in it. She could have been asked to sit outside the police station. We would take appropriate steps in this regard,” said DCPO Sribanta Jena.

The Forest range officer Dillip Kumar Digal said: “We have received information that the husband is on the way. We would release the woman and her child after he surrenders.”

Odisha govt says no to interest-free loan to Paradip Refinery