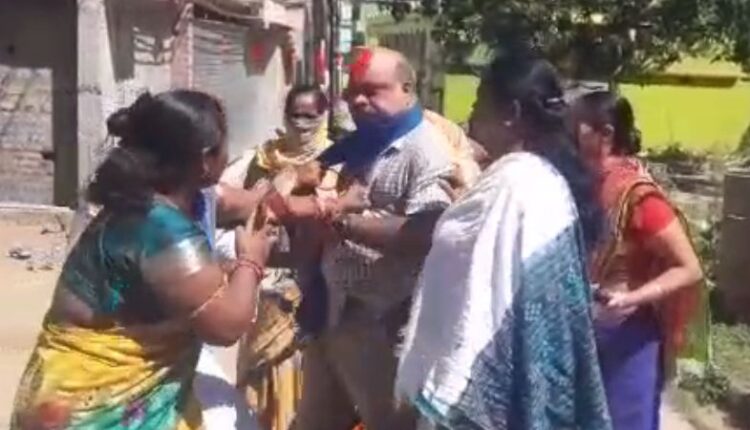 Nayagarh: A group of women assaulted a Land Acquisition Officer for the ongoing Khordha Road-Balangir railway line project here in Odisha today over his alleged dillidallying tactics to provide compensation.

The women waylaid Land Acquisition Officer Sanjay Pratihari while he was on his way to the office from Mishra Colony here. An altercation ensued and was later beaten black and blue with brooms and chappals.

They also smeared Sindoor (vermilion) on the government officer’s forehead, put bangles on his wrists and splashed alta (red dye) on his feet during the assault.

The women had earlier staged a dharna in front of Pratihari’s office to protest against delay in the payment of compensation, sources said.

A critically-injured Pratihari was rushed to the District Headquarters Hospital, sources added. Meanwhile, the police have detained the attackers.

Notably, state government was to acquire 829 acres of plain land and divert 1674 acres of forest land for the said project.

The ECoR has so far commissioned 90.43 km line from Khordha Road and around 14.58 km from Balangir. With the commissioning of Bichhupali-Jhartarbha section in August this year, it touched 115.36 km.

On the Khurda Road side, the commissioning has been done till Nuagaon station.