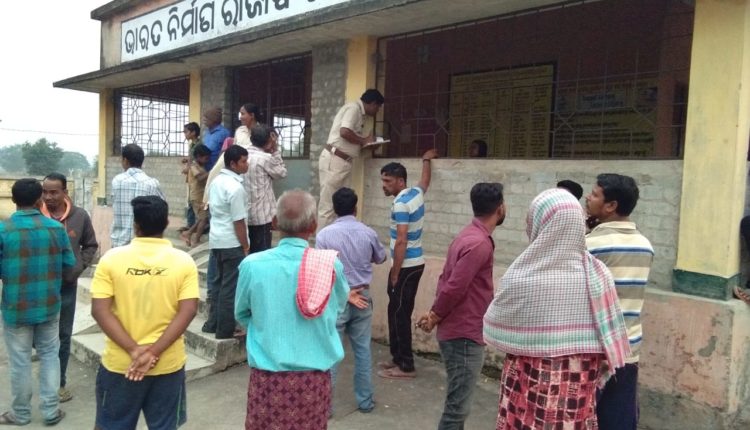 Angul: A decade-long love between a young couple turned absurd after the youth allegedly betrayed his beloved and held her captive when she wanted to tie the knot with him.

The incident was reported from Balaramprasad village in Angul district in Odisha.

According to reports, Chakradhar Mohapatra, a Class-IV employee at Bharat Nirman Rajiv Gandhi Seva Kendra, had fallen in love with the girl of his village. Ten years after their relationship, the youth suddenly altered his plan and decided to marry another girl.

After she felt betrayed by her lover, the beloved reached his workplace on Saturday morning and tried to persuade him for marriage with her.

However, Chakradhar did not agree to live with her for lifetime. When she repeatedly asked him for marriage, the angry youth allegedly locked her inside the building and went away with her mobile phone so that she will not be able to contact anyone.

After long hours, she started shouting for help to release her from the confinement. The children playing near the building heard the screams and spotted the girl, who was confined inside the building. They informed the villagers following which the girl was rescued by help of police from the captivity in the evening yesterday.

“The youth was loving me since past 10 years. After I heard that he is going to marry another girl, I had come here to ask him about it and expressed my desire to be with him forever. However, he kept me in confinement here and went away leaving me alone inside the building,” the girl alleged.