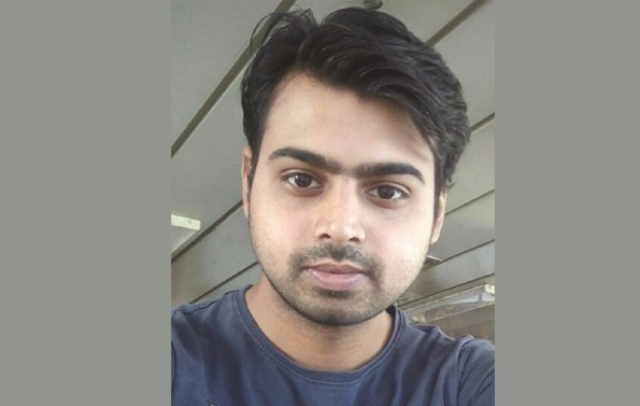 Sambalpur: An Indian sailor from Odisha went missing in the powerful gas tanker explosion in sea waters off the coast of Russia on Jan 21.

The youth identified as Siddharth Meher (24), a resident of Sambalpur, was among six Indian sailors, who are still missing after two fuel ships carrying Indian and Turkish crew members caught fire in the Kerch Strait, which separates mainland Russia and the annexed Crimea.

Siddharth was among 15 crew members including 7 Turkish nationals, 7 Indians and an intern from Libya on the ship ‘Maestro’.

He is the only son of Satya Narayan Meher, the Regional Manager of PPL in Sambalpur, and Gitanjali Meher. An alumnus of Chennai-based Indian Maritime University in Nautical Science. Siddharth was posted in Turkey after joining a Mumbai-based Nimbus Maritime Services Pvt Ltd.

According to reports, two vessels — the Candy and Maestro– were carrying total 32 crew members. Both were flying Tanzanian flags. While 17 crew members including nine Turkish and eight Indians were on the Candy, the Maestro had 15 crew members. One of them was a liquefied natural gas carrier and another was a tanker. The fire broke out when one of the ships exploded during a gas transfer, setting another vessel ablaze in the sea on Jan 21.

Turkey said that four of its nationals were killed, 8 were rescued and 4 went missing after the incident.

Sources said that the search operation is underway to trace the missing Indian sailors. The Indian embassy in Moscow is in constant touch with the concerned Russian authorities to get updates.