Odisha youth beaten up by college girl for ‘chain snatching’ 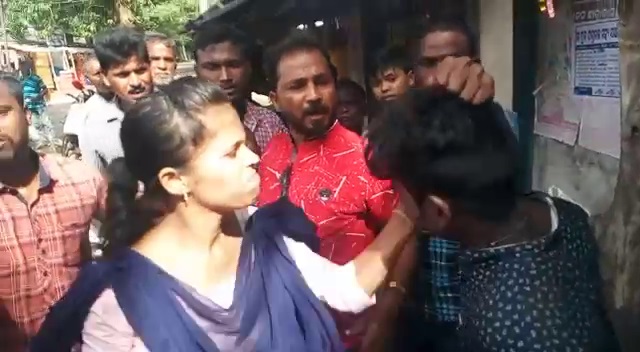 Kendrapara: Snatching a gold chain from a college girl proved costlier for a youth here in the district as the latter was beaten up by the victim and locals after being caught for alleged crime.

The accused was identified as Jitun Majhi, a resident of Bhitargarh village under Rajnagar block of Kendrapara district.

The incident was reported from Kurunti square where the youth accused of snatching a gold chain from a college girl was physically assaulted without mercy.

According to reports, Majhi used to target college girls for theft purpose everyday. Friday turned out to be ominous for him for chasing a college girl while she was on her way back to home at around 2.00 pm after attending classes from a college in Madanpur area.

The youth was caught by the locals while fleeing from the area after allegedly snatching a gold chain from the girl’s neck. The victim along with the locals started beating him showing no mercy for the act.

The victim alleged that Majhi had been passing lewd comments at college going girls.

Recently, the accused had allegedly snatched a bag from a college girl in Rajnagar area.