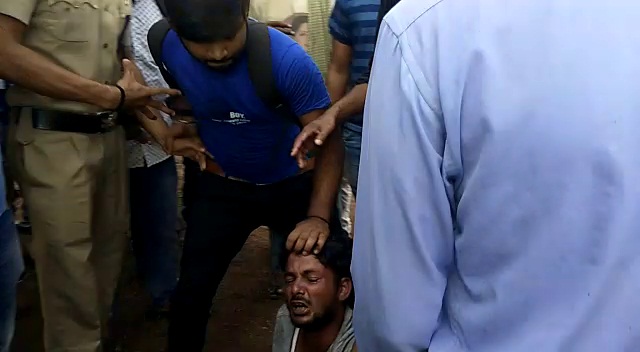 Balasore: A youth was beaten up black and blue by the train passengers at Jaleswar Railway Station for alleged theft here in the district today.

Surprisingly, the incident took place in presence of GRP personnel, who appeared only mute spectators at the railway station.

According to reports, the passengers of Kharagpur-Bhadrak train thrashed the youth after a co-passenger alleged missing of his mobile phone during boarding the train. They managed to nab the youth, who was loitering at the station, suspecting him as a thief and beat him mercilessly.

Later, they handed him over to the GRP.

Till the last report came in, the youth was being interrogated by the GRP, but no phone was found from him.