Bhubaneswar: A youth from Odisha was brutally killed by miscreants in Gujarat allegedly over past rivalry.

The deceased has been identified as Bhanja Kishore Rout (25) of Nuagarh village under Bellaguntha block in Ganjam district. 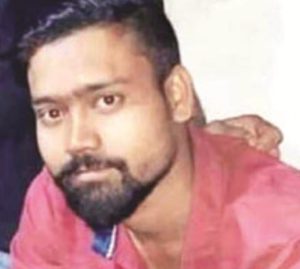 Bhanja’s father Bharat Rout works as a labourer at a cotton factory in Surat in past 15 years. The youth had also been staying with his father in Gujarat.

According to reports, Bhanja along with his friends had organised a feast on Friday night. The incident took place while he was returning to home after having dinner with friends at around 11.00 pm.

He was allegedly surrounded by 5-6 miscreants on road under Amroli police limits and they hacked him to death with several sharp weapons.

The youth died on the spot. Later, the attackers fled from the area.

Source said that Bhanja was killed brutally by the group of people and more than 30 injuries were found on his body.

A complaint has been lodged at Amroli Police Station by the deceased’s father following which four persons have been detained for interrogation.

As per the prima facie, the youth was murdered over past rivalry.

Meanwhile, tragedy struck his village in Ganjam following the incident.