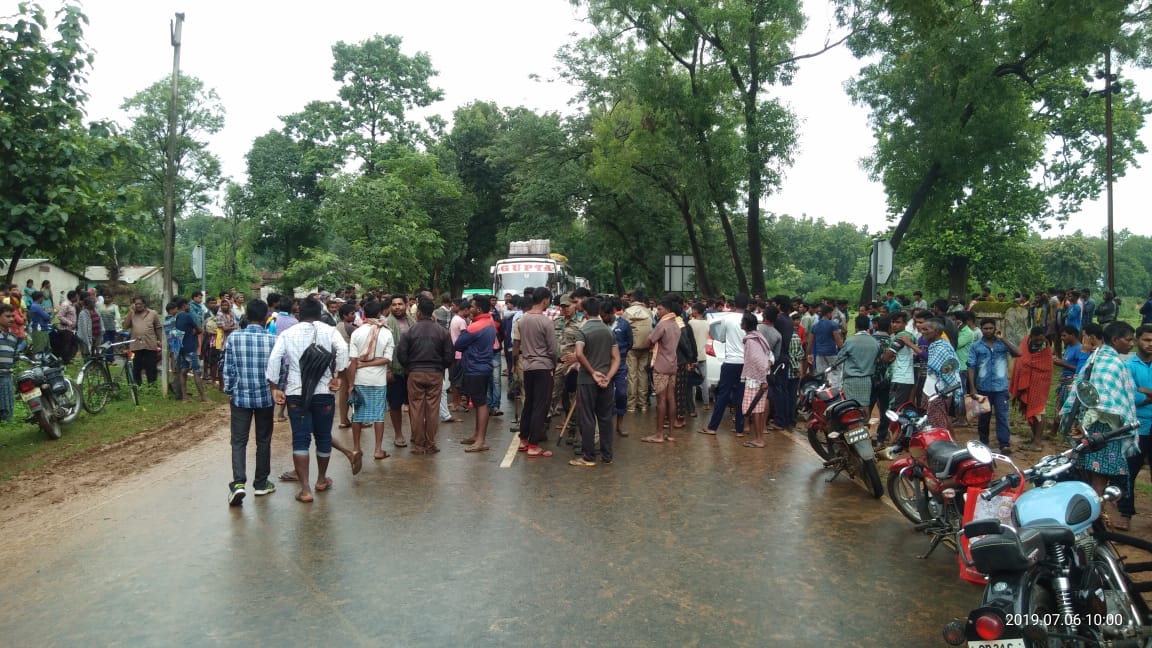 Nabarangpur: Tension prevailed in Dumuripadar area under Papadahandi police limits in Nabarangpur district after a 22-year-old youth was crushed to death in a road mishap in the locality today.

Sources said one Sitesh Panjara of Maidalpur village died after the bike he was travelling on was hit by a car on NH-26 at Dumuripadar Chhak this morning. The car driver fled the spot leaving his vehicle on the spot after the accident.

Angry over the incident, locals staged a road blockade demanding compensation for family members of the deceased. Hundreds of vehicles were stranded on both sides of the road on Kalahandi-Nabarangpur route due to the protest.

Meanwhile, Papadahandi and Maidalpur police have reached the spot to take stock of the situation.