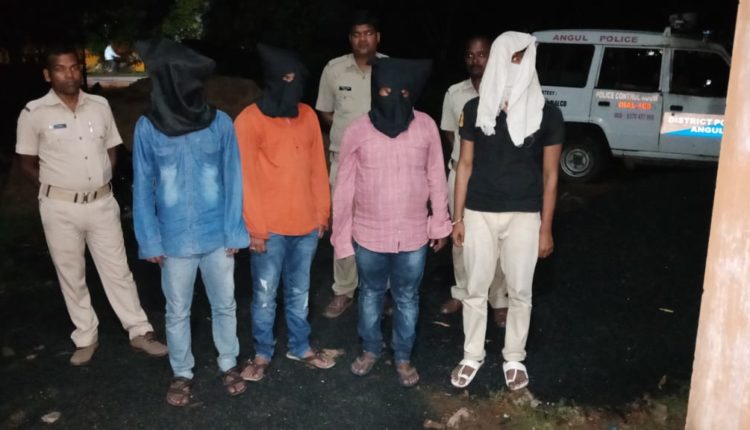 Angul: In a dramatic turn of events, a youth orchestrated his own abduction by his associates with an intention of extorting money from his father in Odisha’s Angul district, and was later arrested.

According to police sources, one Panchanan Ghosh of Similipada in the district received a telephone call from Shakti Prasad Mohanty yesterday and the latter demanded a ransom of Rs 25,000 saying that the former’s son Gaurav Ghosh (20) was kidnapped.

As instructed by Shakti, Panchanan reached PTC High School Chhak here with the amount around 8.30 pm. Moments later, four youths thrashed him and snatched away the cash from his possession. Suspecting his son’s involvement in the incident, the victim lodged a complaint with Angul police.

During investigation, Gaurav conspiracy came to fore following which he and his three friends, identified as Binod Behera, Shakti Prasad Mohanty, Papun Kumar Sahu, were arrested and forwarded to court. The cash was also recovered from their possession.

[Watch] Ugly fight between 4 women in Odisha caught on camera