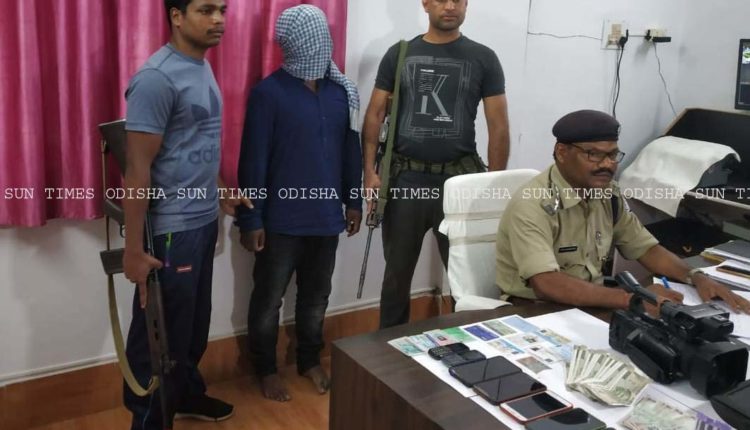 Koraput: Befriending a stranger on social media platform proved costly for an Odisha youth as the accused disguised as a girl duped the victim of over Rs 7 lakh.

As per police, the accused identified as Pabitra Mohan Mohanty befriended the victim identified as Jagadish Padhi on Facebook in 2017. After chatting online for few months, the duo shared nude pictures among themselves. Later, the accused started blackmailing the victim by threatening that she would reveal it to her uncle who is posted as DCP, Cuttack.

“The accused befriended a person named Jagadish Padhi of Semiliguda on Facebook. After some time, they exchanged obscene pictures and messages. Then the accused claimed himself to be Cuttack DCP (girl’s uncle) and demanded money or else will implicate him in cases,” said Semiliguda IIC, Dhiren Kumar Behera.

The victim buckled under pressure and started transferring money to the Pabitra’s account. Over a period of two years, the victim had transferred Rs 7.13 lakh, Behera added.

The extortionist was demanding another Rs 57000. While the victim was financially drained by then, one of his relatives became highly suspicious of his activities and reported the matter to police.

“The uncle of Jagadish suspected all is not well with his nephew. The cash outflow was suspicious akin to his behavior. When grilled by him, his nephew spilled the beans. Then, his uncle filed a complaint in the police station,” the cop revealed.

Reportedly, Pabitra had created a fake profile on Facebook in the name of Debasmita and trapped Jagadish.

During course of investigation, police generated account statement of the victim from where they got the details of the beneficiary. Besides, the mobile number on which the accused was calling the victim was put on tracking. The details were generated leading to arrest of the accused.

As per Jagadish’s uncle, his nephew had attempted to commit suicide thrice in the past over this matter.

Pabitra, working as electrical engineer in Pune, hails from Damanjodi and Jagadish is a native of Semiliguda. Jagadish runs a pharmacy shop in Semiliguda town.

Pabitra was today forwarded to court.

One toll-free number for all ambulances in Odisha